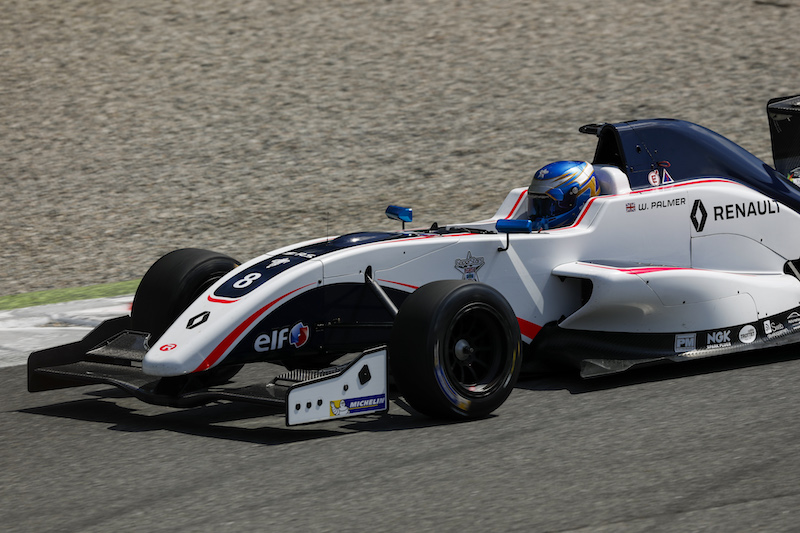 Will Palmer increased his Formula Renault Eurocup lead with a second straight win in the opening race of his home round at Silverstone, as pole-sitting team-mate Max Defourny retired on lap one.

From second on the grid, Palmer quickly got ahead of a slow-starting Defourny off the line, and the Belgian?s race would last just a few corners, with his car coming to a halt alongside the Hangar Straight.

Back on the grid, Jarno Opmeer had failed to get away from 15th and was rear-ended by his MP Motorsport team-mate Neil Verhagen from the penultimate row. Both drivers were able to walk away, but the safety car was required to recover the cars and 10 of the scheduled 25 minutes had elapsed before the race restarted.

Max Fewtrell, Sacha Fenestraz and Alex Peroni followed Shwartzman across the line, with Fenestraz working his way up from ninth on the grid to limit the damage to Palmer in the standings.