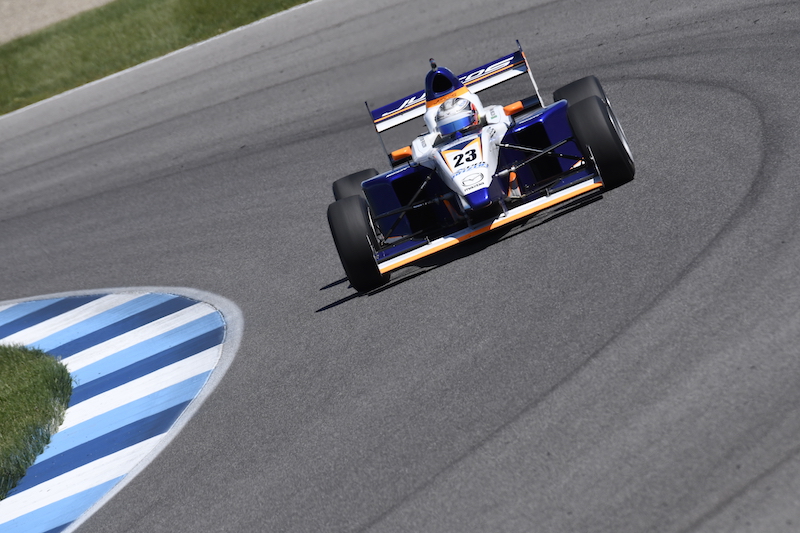 After resisting attacks at the first corner, Victor Franzoni drove to an easy second Pro Mazda victory of the weekend on the Indianapolis?road course.

The Juncos Racing driver had lost the lead from pole in the first race before?fighting back to take his first career Pro Mazda victory, but this time made a far stronger start.

After fending off Team Pelfrey team-mates TJ Fischer and Carlos Cunha through Turn 1 the Brazilian pulled away at over half a second lap for the first half of the race.

In the second half he wasn?t quite as peerless as a result of traffic, but was still adding four tenths to his lead almost every lap in his ?unbelievable machine? to eventually cross the line a remarkable 13 seconds ahead of Fischer.

Cunha initially stuck to the rear of his team-mate but slowly slipped away, eventually finishing the race six seconds behind but comfortably ahead of fourth-placed Anthony Martin.

Martin had been the championship leader heading into the weekend but did not have the pace in his Cape Motorsports car to threaten for wins.

In the first race he benefited from Franzoni?s poor start to challenge for victory, but he had no such luck in the second encounter and now sits six points behind in the standings.