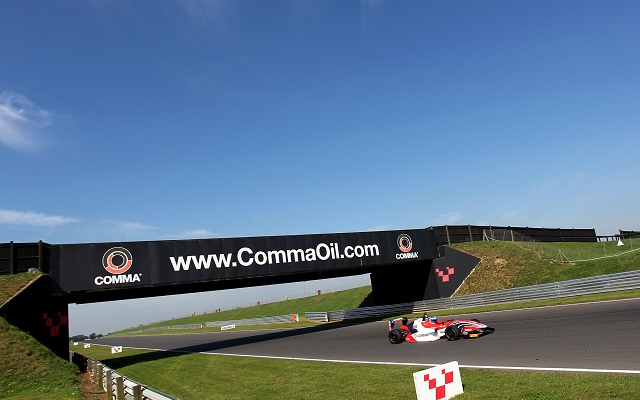 BRDC F4 points leader Will Palmer continued to edge closer to the 2015 title, winning the first race of the series’ second visit to Snetterton with ease.

Palmer managed to build up a massive gap in the ten-lap race, finishing eighth seconds clear of teammate Harri Newey.

The leader was, however, challenged by Omar Ismail off the line, but held off his offences and quickly began to pull away.

Newey, meanwhile, had slipped from third to fourth off the line, but soon retook the spot from Tom Jackson and then picked up another place when Ismail had a moment on lap two, with both Jackson and Ciaran Haggerty also moving up.

The top five spread out from that point on and they finished as they ran, with Palmer, Newey, Jackson and Haggerty making up the top four.

Rabindra, as such, inherited reverse-grid pole for race two.