Palmer bounces back to claim eight win at Snetterton 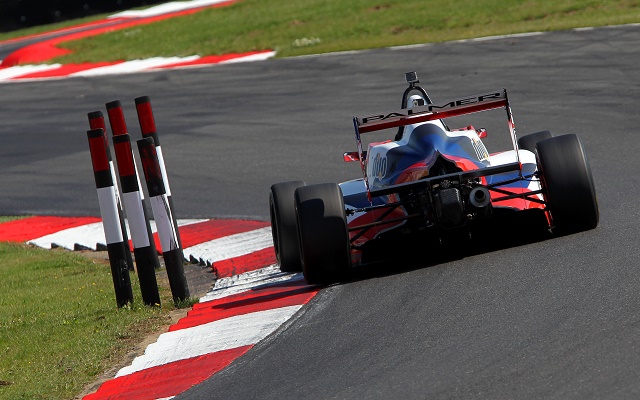 Having been taken out of contention in race two, Will Palmer responded by winning the final race of the BRDC F4 round at Snetterton.

Off the line, race two winner Tom Jackson got the jump on Palmer but wouldn’t get the chance to lead a single lap, the HHC man retaking the top spot through Murrays.

And Palmer, having shown imperious pace throughout the weekend, immediately ramped up the speed in clean air, going almost two seconds clear of Jackson on the second lap.

Behind them, Jack Bartholomew and Ciaran Haggerty both cleared Harri Newey off the line, albeit Bartholomew had a brief moment and dropped several places.

Haggerty, meanwhile, soon had to work hard to keep Newey at bay, with Omar Ismail also joining the fight.

The battling trio made no inroads on second-placed Jackson, who himself was a full five seconds behind Palmer at halfway point, the latter regularly smashing lap records.

On lap six, Newey finally found his way past Haggerty with a late dive into Brundle, while Ismail demoted the Scotsman another spot a lap later.

As the top five settled down for good, Palmer went on to take the chequered flag 11 seconds ahead of Jackson.

Newey completed the podium, while Ismail and Haggerty made up the rest of the top five.

Bartholomew held on to sixth as the top Lanan man, keeping Jordan Albert and Chris Mealin at bay, while Ameya Vaidyanathan and Jack Lang rounded out the top ten.

Lloyd doubles up with race three victory at Eastern Creek