PaddockScout.com rounds up the weekend?s action in the world of junior single-seaters, beginning with a surprise victor in the Masters of Formula 3 after a chaotic start to the race?

Roberto Merhi looked set to continue his dominance of Formula 3 this year at the Masters of Formula 3, after claiming pole position for the event on Saturday. At PaddockScout we expected that he would just pull away at the front of the field and leave the rest of the drivers to fight amongst themselves.

However, all that changed with a poor getaway at Zandvoort. Merhi immediately pulled across to his right-hand side to defend from Prema teammate and fellow Spaniard Daniel Juncadella, only for the pair to make contact and interlock wheels and leading to further chaos.

With Juncadella out of the race and Merhi down at the back of the field, it was Felix Rosenqvist who inherited the lead after starting third on the grid. The Mucke Motorsport driver quickly opened up a lead out front and was never challenged, securing his first victory of the year and by far and away the most crucial of his career to date.

Marco Wittmann finished a quiet second place for Signature, the German driver unable to keep up with Rosenqvist but at the same time pulling away from those behind. Kevin Magnussen had to hold onto third place for the entire race under pressure from Rosenqvist’s teammate and local man Nigel Melker, but the Dane maintained position to complete the podium as the top British series runner.

Rupert Svendsen-Cook followed Magnussen and Melker across the line, just ahead of the Signature duo of Daniel Abt and Laurens Vanthoor. British F3 regular Lucas Foresti was eighth, ahead of the recovering Merhi. The Spaniard was later disqualified however for his part in the start incident. Nonetheless, as Wittmann failed to win the race Merhi was able to wrap up the inaugural FIA F3 International Trophy.

The Zandvoort meeting also provided some more action on the support bill, with both Formula Renault North European Cup and Formula Ford EuroCup rounds taking place around the Dutch circuit.

In Formula Renault, Carlos Sainz Jr. put on a dominant display. The Spaniard took pole position for both races, and converted this into two victories. Sainz and fellow-Red Bull Junior Daniil Kvyat dominated a soaking first race, after the Russian got past Robin Frijns on the first lap. Frijns then came under attack form Karl-Oscar Liiv, with contact between the two at Turn 1 on the second lap resulting in both cars ending their races early in the gravel trap.

Stoffel Vandoorne came home some way behind the Red Bull duo in third place, just ahead of UK series regular Josh Hill, son of Damon and grandson of Graham.

In Race 2, also on a wet track, Sainz cruised to another victory. Local racer Pieter Schothorst finished second ahead of R ace GP teammate Come Ledogar. Vandoorne followed him home in fourth ahead of Jordan King, Kvyat and Frijns. 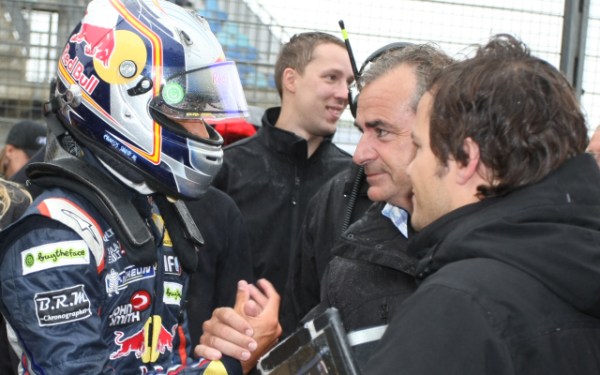 Carlos Sainz Jr is congratulated by his father on the second of his victories at Zandvoort. Photo: Chris Schotanus

Sainz now leads Kvyat by a healthy 104 points, with 180 available from the remaining six races. The penultimate round of the NEC takes place at Most in the Czech Republic on 26-28 August, while many of the teams and drivers will be in action at Silverstone next weekend.

The three Formula Ford races not only counted as the final races of the new EuroCup, but also as rounds of the British and Dutch series. Scott Malvern, who has dominated both in the UK and abroad this year, took all three pole positions available, and converted the first two of these into race victories. In the third race he slipped to fourth behind a Dutch 1-2-3, but he still claimed the British championship victory as well as securing his fourth EuroCup crown from four events.

Away from Zandvoort, the German F3 Cup and ADAC Formel Masters were in action at the Red Bull Ring in Austria.? Richie Stanaway was dominant in F3, winning both races from pole position. Marco Sorensen finished second in both encounters, meaning Stanaway could only extend his standings lead from 18 to 25 points. 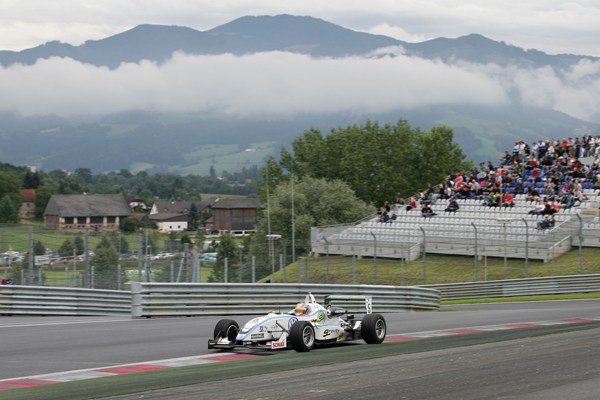 In Formel Masters, Kean Kristensen picked up his first two victories, with Artem Markelov winning the third race. Championship leader Pascal Wehrlein had a weekend to forget, losing victory in Race 1 due to a penalty, and being disqualified from the third race.

Driver of the weekend: Carlos Sainz Jr. – A dominant weekend at Zandvoort for the 16-year-old, which gives him one hand on the North European crown. Will hope for similar in the Eurocup at Silverstone next weekend.

The Master of F3: Felix Rosenqvist