As well as the penultimate World Series by Renault meeting of the year at Paul Ricard, this weekend will see the crowning of the first ever Formula BMW Talent Cup winner…

BMW has been running its first ever Formula BMW Talent Cup this year, designed to provide a platform for karters to make their first steps into car racing. The grand final is held this weekend at Oschersleben, the winner of which will win a funded season in the German F3 Cup in 2012. The man to beat in the heats so far this year has been Stefan Wackerbauer, having won all but two of the 15 races held so far. The pressure will be on him this weekend to convert all that promise into a final result and take home the prize. His nearest competition will likely come from fellow German Maximilian Gunther, the driver who won the other two races. The race is due to be broadcast live on BMW Motorsport’s Facebook page here. 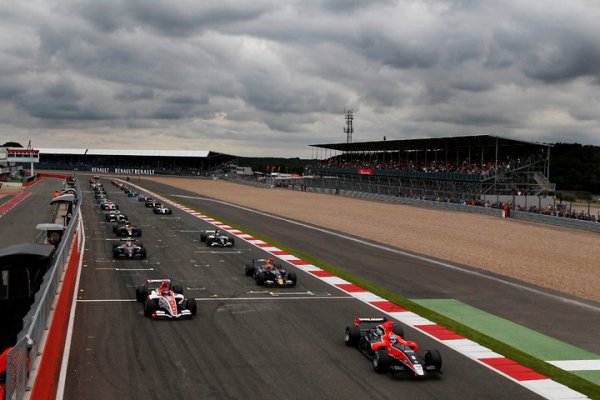 Wickens is the man to catch in Formula Renault 3.5. Photo: World Series by Renault/DPPI

In Eurocup Formula Renault 2.0, Robin Frijns leads Carlos Sainz Jr. by 55 points, with 50 left to score in Barcelona, meaning that the Dutchman has a real chance of wrapping up the title this weekend so long as he can score six more points than Sainz.

Javier Tarancon leads the Alps standings, but is only eight points ahead of Yann Zimmer. Paul Loup Chatin is only 14 points adrift of Tarancon, while Melville McKee also remains in contention 63 points behind with 32 available for a win from each of the last four races.

The European F3 Open (essentially the Spanish championship) resumes with round five of eight at Portimao. Alex Fontana leads the points, with Brazilians Fabio Gamberini and Victor Correa in pursuit.

Richie Stanaway can wrap up the German F3 Cup at the penultimate round at Assen in the Netherlands. He has a 29 point lead over Marco Sorensen, and only 24 points are available at the season finale at Hockenheim. However, Sorensen arrives off the back of victory on a guest apperance in the F3 Euro Series at Silverstone last weekend.

Supporting the F3 at Assen as per usual is ADAC Formel Masters, where Pascal Wehrlein moved close to the title last weekend and will wrap it up with one round to go if he can extend his advantage over second place Emil Bernstorff from 67 to 76 points.

The sixth of eight rounds in Italian F3 takes place at Vallelunga, with seven drivers within 20 points of leader Sergio Campana, including the Ferrari Driver Academy duo of Raffaele Marciello and Brandon Maisano, and eight different winners from the opening ten races.

The Formula Renault UK season resumes at Rockingham, with Alex Lynn holding a 41 point lead over Tio Ellinas thanks to his double victory at Silverstone.

Richie Stanaway seals German F3 title with a round to go