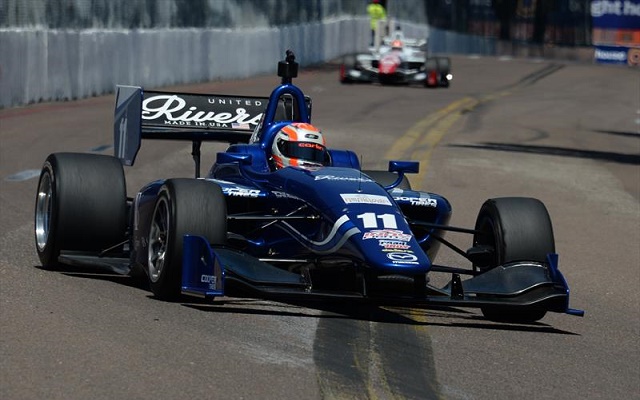 ?Came, saw, conquered? might be pretty clich? as far as sayings go, but there’s simply no better way to describe Carlin Racing’s debut on the Mazda Road to Indy scene. Despite all their experience, regular Lights frontrunners Schmidt Peterson, Belardi and Andretti had no ace up their sleeves to stop the British team as Carlin topped every single session in St. Petersburg.

But it was also very much an individual triumph as Ed Jones, the Emirati opening a new chapter of his career after an injury wrecked havoc on his FIA F3 season in 2014.

The 20-year-old showed great composure to see off teammate Max Chilton in qualifying with a last-second lap. And even with Chilton slipping down the order at the start in both races, Jones still had to fend off last year’s runner-up Jack Harvey on his way to a weekend sweep.

Ultimately, Harvey was clearly the best driver of the ‘establishment’ teams, but, given Jones’ sheer pace, a win was never on the cards.

A word has to be said for the batch of Pro Mazda graduates on the grid. Champion Spencer Pigot was impeccable, completing the podium on both occasions and brilliantly holding Chilton at bay in the second race. Pigot’s teammate Kyle Kaiser was solid, bagging two fifths, while Scott Hargrove, yet to be confirmed past St. Pete, looked very promising with a fourth and a sixth. Valentin Khorounzhiy 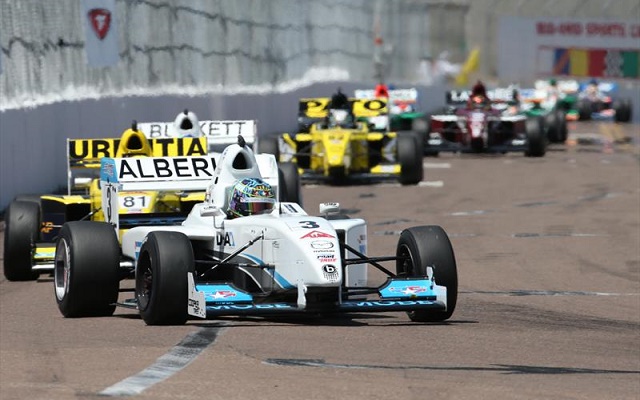 Undoubtedly, Neil Alberico was the star of the Pro Mazda season opener weekend at St. Petersburg. The 22-year-old American, who is spending his second season in the category, took a narrow pole position ahead of his teammate Daniel Burkett and GP3 graduate Santiago Urrutia and then converted that into two wins – his first and second in the category.

Alberico was completely unrivalled in race one while Urrutia debuted in the category with a confident second place. Reigning USF2000 champion Florian Latorre managed a big effort to get onto the podium from tenth on the grid.

A big accident involving six different drivers kicked off race two and was followed by another caution later on. However, restarts had little effect on Alberico as he claimed another victory.

Jose Gutierrez and Burkett completed the podium, both of them recovering from tough outings in race one, in which the Mexican had to settle for fifth despite starting second, while Burkett was only 14th as a result of a collision. Gruz David 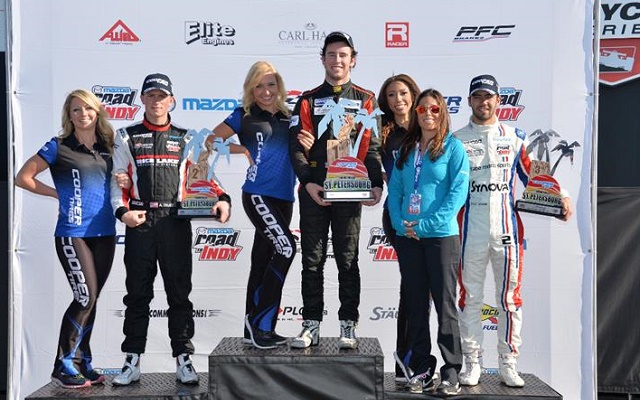 Jake Eidson might have let the Winterfest title slip in the off-season, but make no mistake ? 2014’s championship contender is still very much the title favorite. At St. Pete, he kicked off his sophomore campaign with two wins, despite seeing his efforts to pull clear of the field constantly thwarted by cautions.

But the season is rather unlikely to be a one-horse race ? fellow sophomore Aaron Telitz was reliably within striking distance of Eidson, nearly stealing a win on the final lap of the second race. His teammate Nico Jamin, was also not far back, completing the podium on both occasions.

Another likely title contender Victor Franzoni had a bit of a nightmare. After being excluded from qualifying, he charged to sixth in race one, but suffered a mechanical retirement in race two.

Finally, it was a brilliant regular season debut for Aussie rookie Anthony Martin as he claimed fourth in both races. Valentin Khorounzhiy

Three Road to Indy double-headers yielded a total of three winners at St. Pete, yet only one of them had the added bragging rights of being a rookie.

Jones’ debut in Lights was stuff dreams are made of – sweeping both races, beating a teammate who happens to be an ex-F1 racer and leaving regulars in the dust.

Considering that Jones admitted to struggling with wear on rear tyres, his pace throughout both races was rather ominous. If his St. Petersburg form carries over to the rest of the season, he will not be caught. 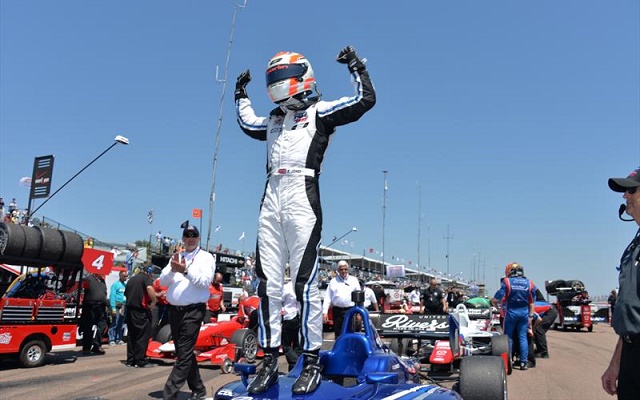