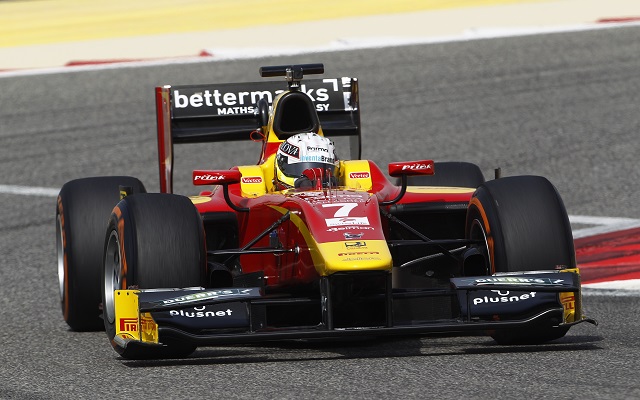 Jordan King finished the first day of the GP2 pre-season test in Bahrain with the best time in the afternoon session.

The British rookie held the lead for the middle of the three hours of running, before returning to top spot with 30 minutes left.

Evans triggered the day’s only red flag to bring an early end to the session, but the Kiwi had already got himself up into second place, [some time] off King.

Sergey Sirotkin got up to third with his final lap ahead of fellow ex-Formula Renault 3.5 racers Norman Nato, Stoffel Vandoorne and Marco Sorensen.

Sorensen’s Carlin team-mate Julian Leal was next up in seventh followed by French duo Nathanael Berthon and Pierre Gasly, with the top ten rounded out by Evans’ fellow Russian Time driver Artem Markelov.