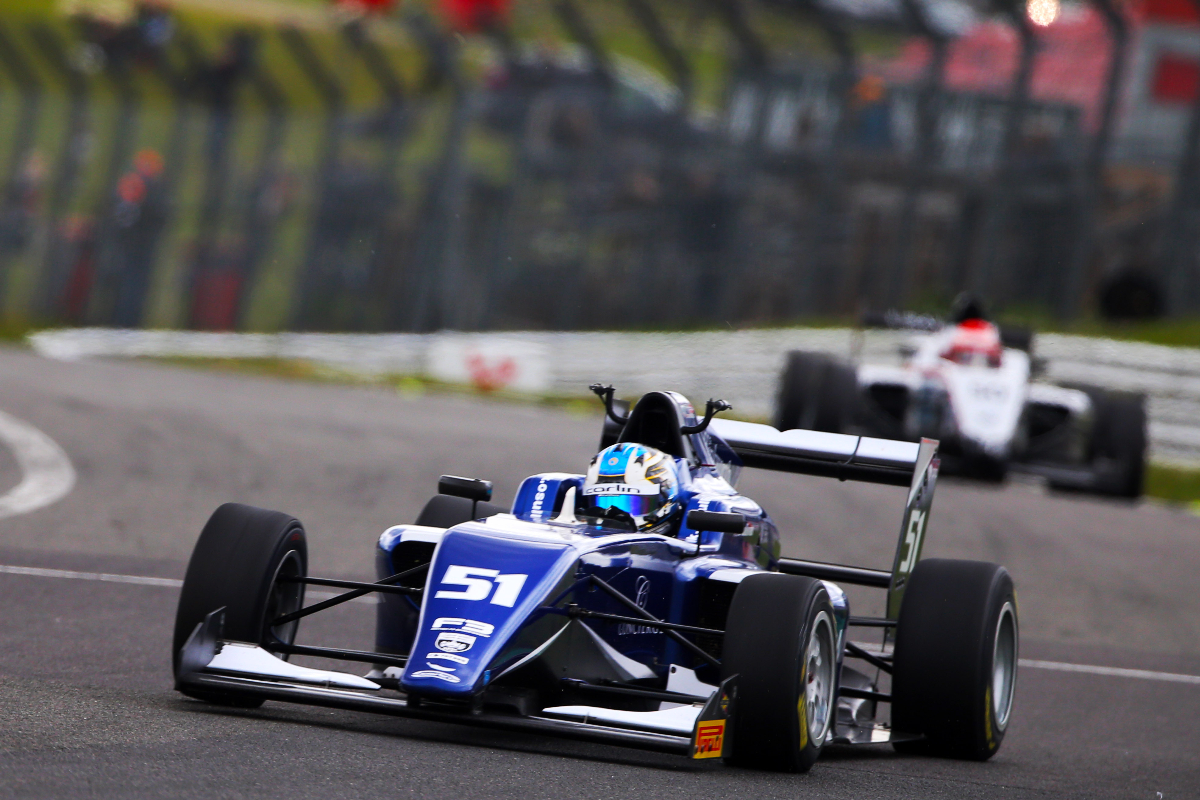 After finishing third in Saturday’s opener, O’Sullivan benefitted from the incident to control the remainder of the 10-lap encounter, finishing 2.248 seconds clear of Fortec Motorsports’ Ollie Bearman – who repeated his race one result – with Reece Ushijima finishing third for Hitech GP.

The race distance was reduced by two laps after Chris Dittmann Racing’s Alex Fores spun into the barriers on the formation lap, leading to a delayed start.

Horsten made a great launch and moved in between front-row starters Simmons and O’Sullivan when the action got underway.

CDR’s Simmons, winner in race one on Brands’s Grand Prix layout, managed to stay in front exiting Paddock Hill Bend but was forced to defend from Horsten into Druids. As the Hitech driver tried to drive around the outside, the two cars touched, with Simmons briefly launched onto the rear of his rival’s car. Simmons was out on the spot, triggering a safety car period, with Horsten retiring in the pits with damage.

When the action resumed, O’Sullivan gradually inched clear of Bearman to take a comfortable win, with Ushijima taking his third F3 podium, 5.5s behind.

Frederick Lubin was fourth for Arden, again pipping team-mate Alex Connor. Roberto Faria bounced back from a race one incident with Fores to finish sixth for Fortec, just ahead of Elite Motorsport’s Tom Lebbon. Sebastian Alvarez was eighth for Hitech, ahead of Carlin duo Bryce Aron and Christian Mansell.