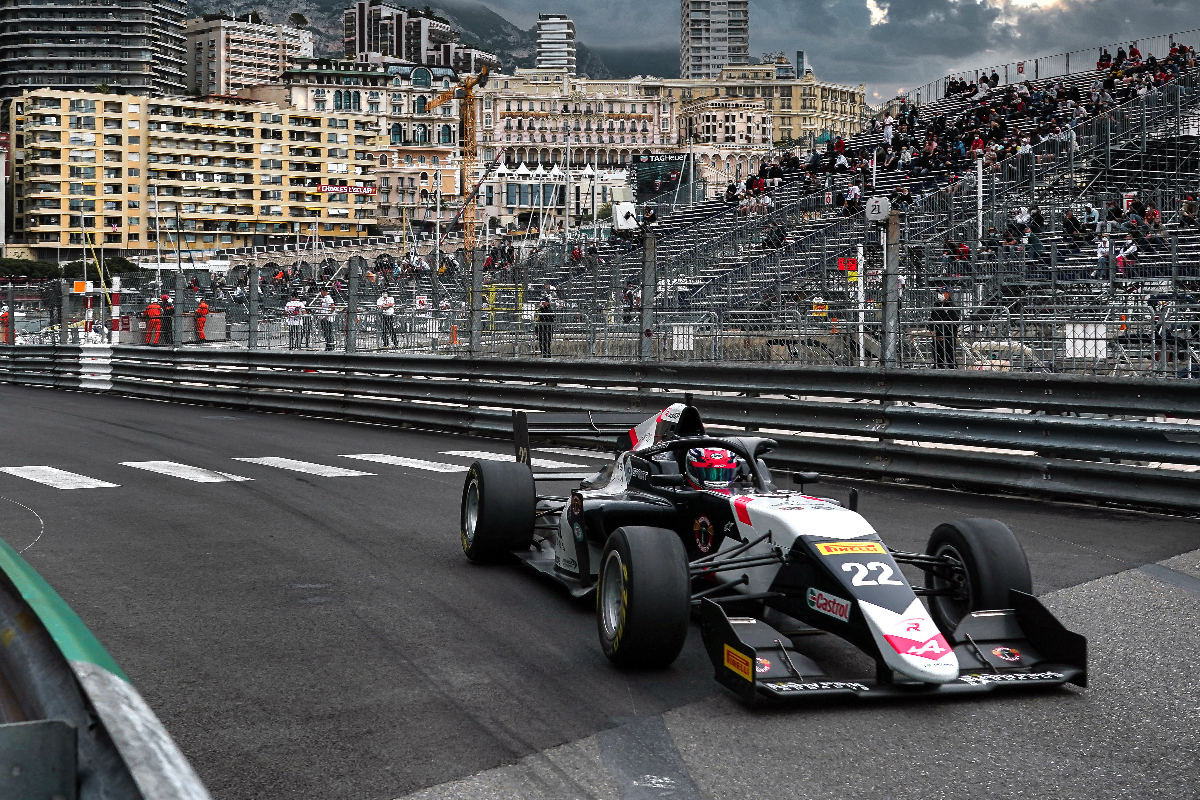 The Barbadian had to deal with several safety car interruptions, but he mastered each of the restarts to lead home team-mate Isack Hadjar.

The race began with chaos, as championship leader Gregoire Saucy rear-ended Arden’s William Atalo into Ste Devote, then nudged him again as they went up the hill. This led to Alatalo going sideways and Saucy’s steering being broken, and somehow no other drivers were collected.

Further back though, several drivers brake-checked themselves and Prema’s Dino Beganovic spun around DR Formula’s Brad Benavides before his team-made Emidio Pesce ploughed into the rear of JD Motorsport’s Tommy Smith who went into the back of Arden’s Nicola Marinangeli – who had already reareneded Beganovic – and sent him rolling onto the top of Beganovic.

The halo prevented the upside down Marinangeli or Beganovic being injured, and the race was immediately red flagged while the cars that stopped safely behind, plus Pesce, were waved through.

The safety car led the field for the first two laps of the restart, which Alatalo joined in 14th after initially not being listed on the grid.

Maloney initially pulled away once green flag action began, although Hadjar set the fastest lap and kept the gap between the pair under half a second before the safety car was called out when Prema’s Paul Aron crashed out of third at Ste Devote.

Maloney timed his escape perfectly on the restart, but Hadjar kept the lead gap under a second with fastest lap before Maloney took it off him before safety car was back out after a few laps when Pesce crashed again and KIC Motorsport’s Elias Seppanen took to the escape road after the tunnel.

This didn’t faze Maloney, timing the restart well again and with fastest lap back in his hands, but Hadjar was the faster driver and on the penultimate lap he reclaimed fastest lap and moved right onto Maloney’s gearbox. He couldn’t find a way by though, and Maloney won.

Hadrien David made it an R-ace 1-2-3 but was quickly dropped, while Arden’s Alex Quinn and KIC’s Patrik Pasma completed the top five.