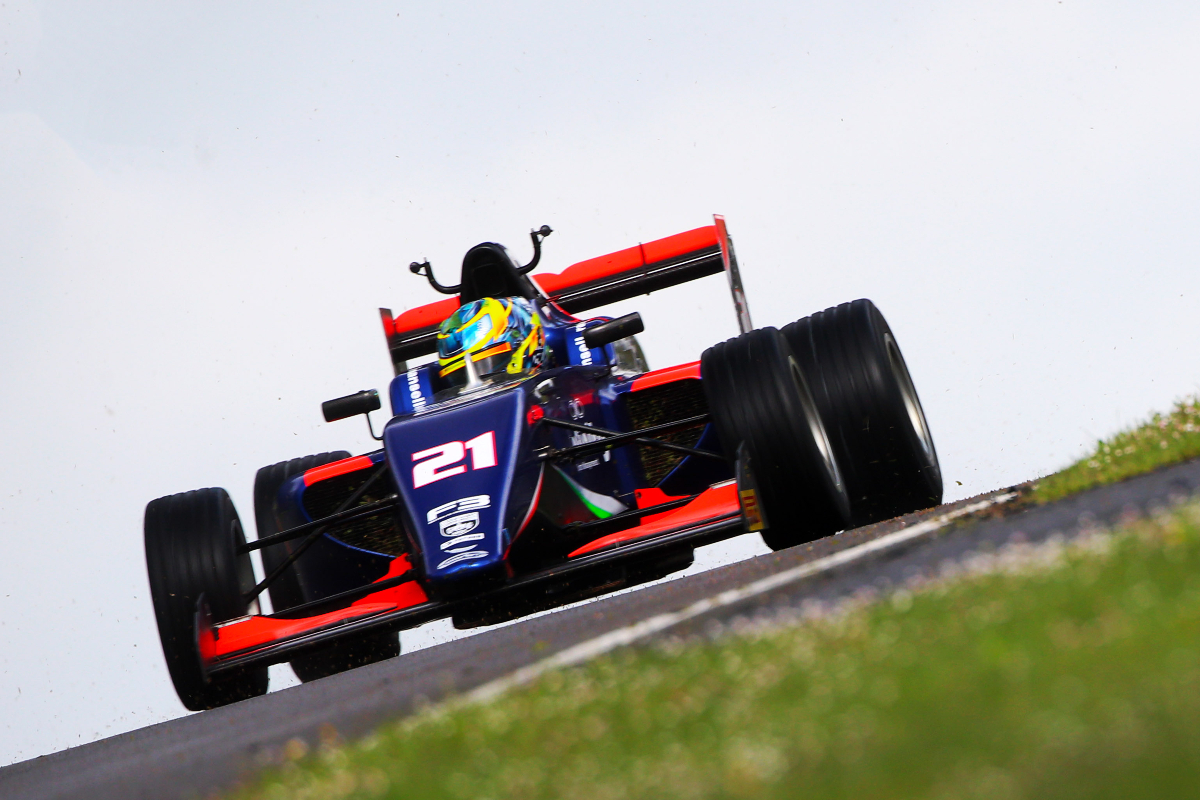 Christian Mansell took his first BRDC British Formula 3 victory in the reversed grid race at Brands Hatch after making a lightning start from seventh on the grid.

The Carlin driver gained six places off the line to lead into the first corner before two safety car interventions, and went on take victory ahead fellow F3 rookies Javier Sagrera and Dexter Patterson.

The grid for the final encounter of the weekend was formed by reversing the order from Saturday’s qualifying session, with Douglas Motorsport’s Reema Juffali starting on pole alongside Chris Dittmann Racing’s Max Marzorati.

Marzorati made a great launch to take the lead, but he slowed almost immediately with an issue. That promoted Mansell, who had made an even better start from the fourth row, into the lead into Paddock Hill Bend ahead of Elite Motorsport’s Sagrera and Juffali.

At the restart Juffali was passed by Douglas team-mate Patterson and, after losing several more places, was rear-ended by Chris Dittmann Racing’s Alex Fores at Stirling bend, putting both cars out of the race.

After a second safety car intervention to retrieve the cars from the gravel trap, the race resumed with half of the 12-lap distance to go.

Mansell made a great restart to immediately pull clear of Sagrera before going on to win by 1.645 seconds, with Patterson a further two seconds adrift.

Carlin’s Formula Ford 1600 graduate Bryce Aron finished fourth ahead of Mikkel Grundtvig, having passed the Fortec driver in the second half of the race.

Hitech’s Reece Ushijima was seventh, while race two winner Zak O’Sullivan made great progress from 17th on the grid to run seventh before the second caution period, the Carlin driver remaining there until there until the chequered flag.

After his collision with CDR’s Ayrton Simmons in the earlier race, Bart Horsten finished eighth for Hitech. Race one winner Simmons, who also took a double pole in qualifying, finished 13th from the back of the grid.

O’Sullivan leaves the season opener as points leader, just ahead of part-timer and fellow rookie Bearman, with Ushijima now in third.