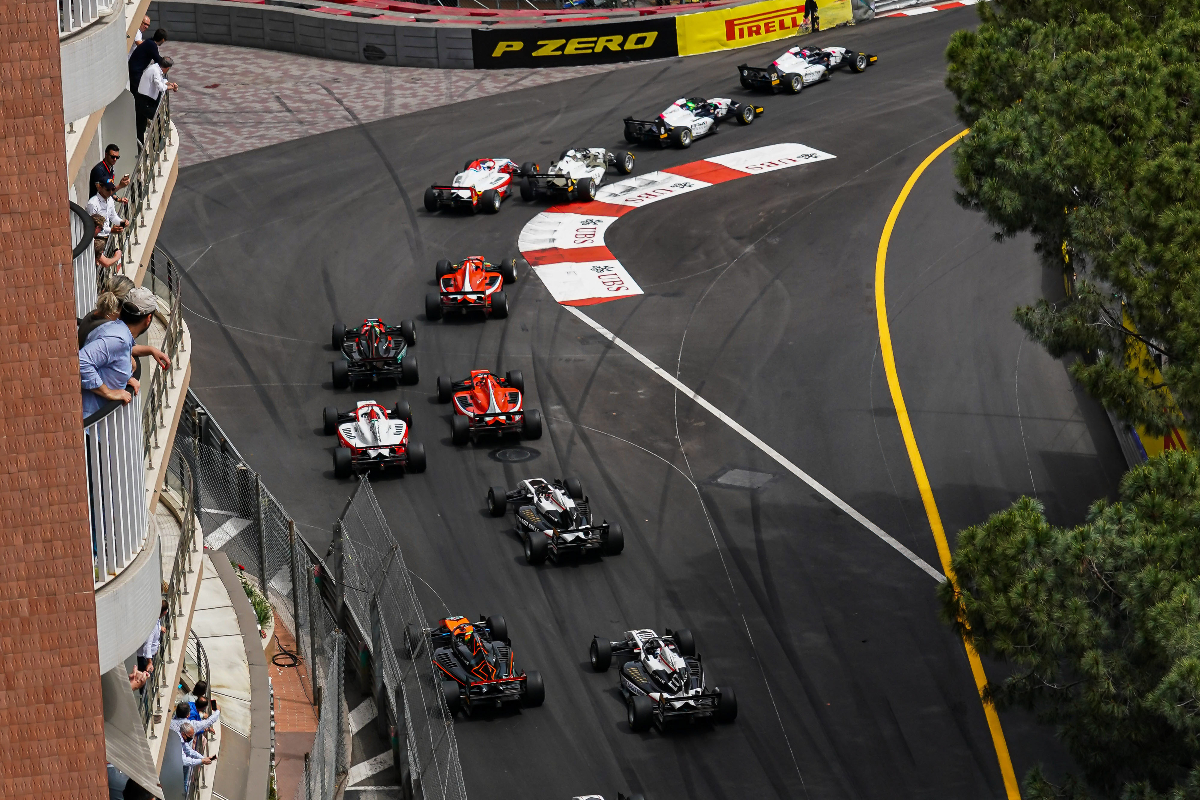 The results of Formula Regional European Championship’s second race in Monaco has been taken back to the 10th lap of 19 following appeals from teams.

While the updated results make no changes on who scored points, and full points have been awarded despite the shortened distance, it does mean fastest lap is taken from Isack Hadjar and given to his R-ace GP team-mate Zane Maloney.

The belated shortening of the race has arisen due to the supplementary regulations issued for the Monaco weekend, which are used due to the strict timetable Formula 1’s Monaco Grand Prix has to follow while it uses public streets.

“In the event where a race is suspended, the duration of the suspension will not be added to the planned duration of the race,” reads the revised Article 8.2 of FREC’s sporting regulations, where ‘not’ has been added for this weekend only.

The Sunday race for FREC lasted a few seconds before it was red flagged for approximately 17 minutes after several cars crashed on the run up the hill and they had to be retrieved.

When it was restarted, the race ran to its full distance of 30 minutes plus one lap with Maloney holding off Hadjar to win.

However for Monaco, while a race is red flagged “neither the race nor the timekeeping system nor the time remaining countdown will stop” according to the revised Article 34.4 listed in the event-specific supplementary regulations.

Had this regulation been adhered to, the chequered flag should have been waved half an hour after the original race start.

ART Grand Prix and Prema appealed the results of the race afterwards and were successful, with the stewards revising the official finish of the race to be the end of lap 10.

Both teams had title contenders crash out prior to that lap, and as the race has not been reclassified to issue half-points it means points leader Gregoire Saucy (ART GP) and Paul Aron (Prema) haven’t gained from the race shortening.

The youngest ever winners in F1’s primary feeder series