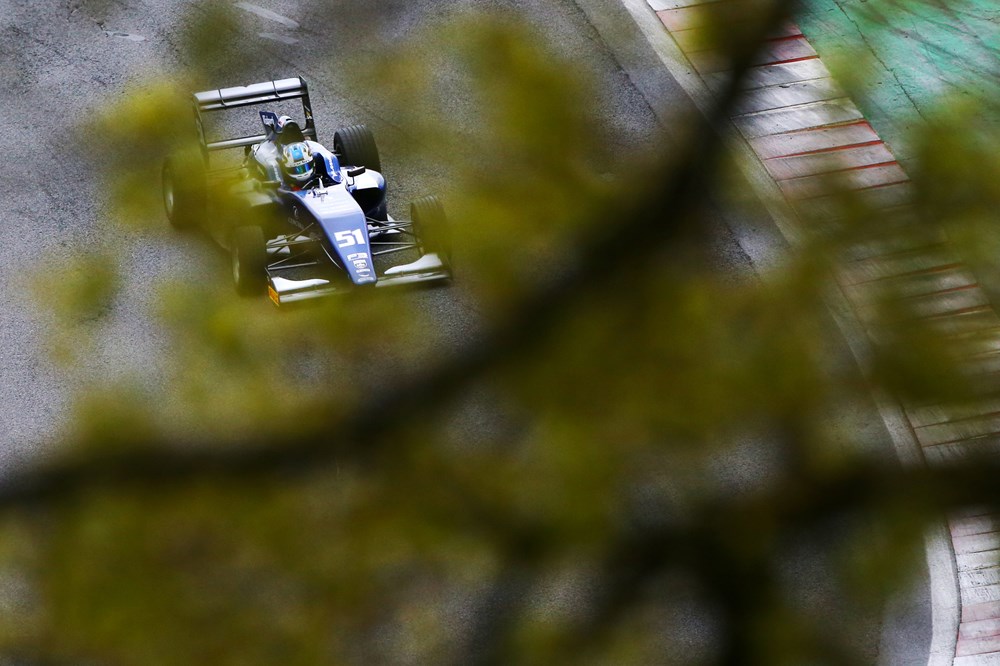 The Carlin driver set the fastest time across the four test sessions on Friday, with the season opener taking place this weekend on the circuit’s full Grand Prix layout – used for the most recent test where O’Sullivan was also fastest.

O’Sullivan’s closest challenger was series returnee Ayrton Simmons – a title favourite as he embarks on a second full season with Chris Dittmann Racing – who was second fastest overall and actually set an identical 43.804s lap to O’Sullivan to jointly top the day’s opening session.

Javier Sagrera led the way early on ahead of reigning Ginetta Junior champion Tom Lebbon, but the Elite Motorsport pair eventually dropped to fifth and sixth. The session was red-flagged with just under three minutes remaining after Douglas Motorsport’s Reema Juffali beached her car in the gravel at Paddock Hill Bend.

Dexter Patterson was third fastest for Douglas ahead of Ollie Bearman, who then led the way for Fortec Motorsports early in the second session by lowering the day’s benchmark to a time of 43.578s.

Simmons then bettered that effort by 0.1s, with Patterson again edging Bearman to move into second. But it was O’Sullivan who ended up on top once more, setting a time of 43.298s in the final minutes. With rain arriving before the afternoon’s final two sessions, O’Sullivan’s lap would not be beaten.

Bryce Aron triggered the second red flag of the day after spinning off at Clarke Curve, but the Carlin driver bounced back in similar conditions to be on top for most of the final session. It was Arden, slowest in the dry, that ended up as the team on top in that session with Frederick Lubin beating team-mate Alex Connor, before a spin for Juffali brought an early end to proceedings.

Patterson set the fifth fastest time overall of the test, sandwiched between the Fortec pair of Robert Faria and Bearman.

Reece Ushijima was the fastest driver from the Hitech stable, pipping team-mate Alvarez to eighth, while Juffali ended up 10th fastest despite a tricky day.