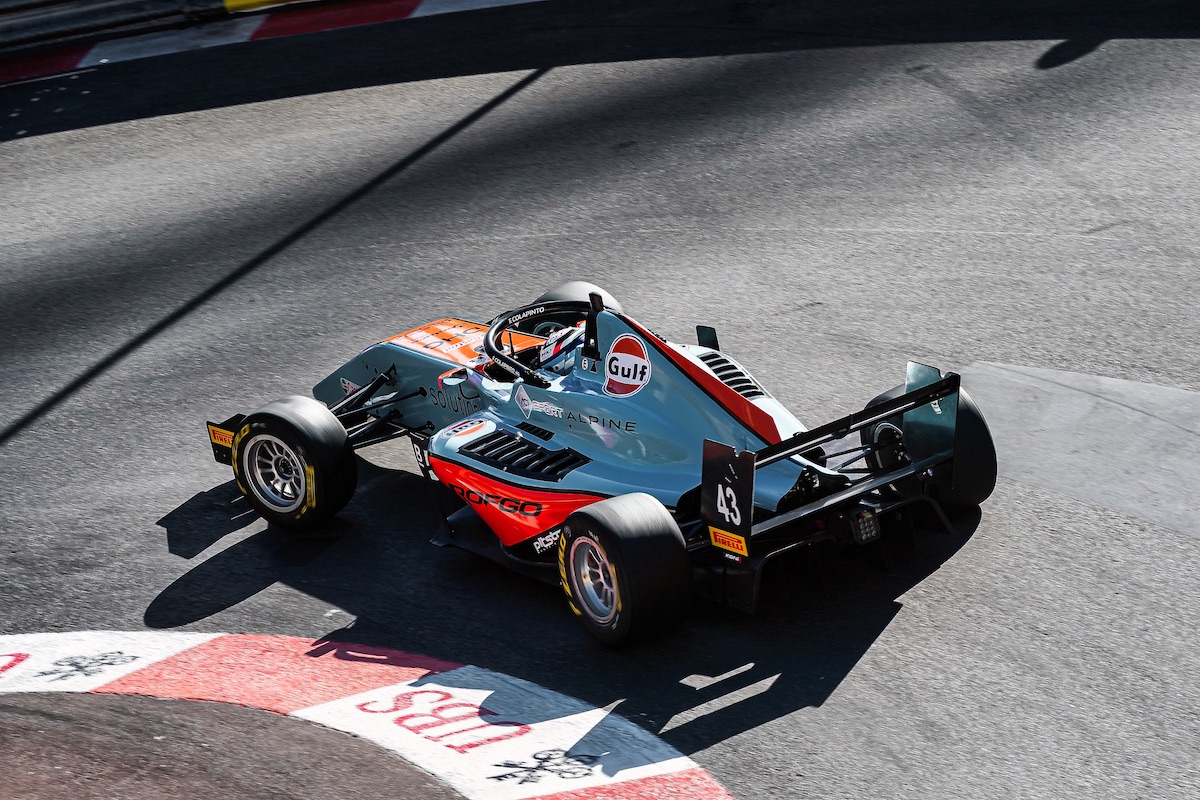 Franco Colapinto has withdrawn from the Formula Regional European Championship by Alpine round in Monaco after being stripped of his times following qualifying.

Colapinto took seventh on the grid for the first race on Saturday after coming fourth-fastest in his group but later had all his laptimes deleted because his car did not comply with the technical regulations.

Parc feme checks found that “two small spacers which were both installed on the car, were the wrong way round”, parts that provided no performance advantage. Following the exclusion, Colapinto has decided to withdraw from the rest of the weekend.

“The scrutineers and stewards of the FRECA championship should feel awful from penalising a driver in such a way on one of the most important weekends of Franco´s career,” said MP’s team principal Sander Dorsman.

“The decision to withdraw has not been taken lightly but it is clear with no way of appealing the decision of the stewards, that we will not take the risk of starting one race from last with no options to overtake in Monaco and the opportunity for taking any points.”

It continues a nightmare start to the season for Colapinto, who came third in the Formula Renault Eurocup last year.

He was forced to miss the opening round at Imola because it clashed with a European Le Mans Series commitment at Barcelona, and failed to score in the following event at Barcelona.

Colapinto’s withdrawal leaves 32 entries for the round on the Monte Carlo streets, prompting a change to the way that the grids will be formed for the two races.

The 12th-placed drivers in the results from each qualifying group – Arden’s Nicola Marinangeli and Colapinto’s MP team-mate and Bullet management stable-mate Oliver Goethe – are now guaranteed a place on the grid for both races, in addition to the top 11. The remaining eight drivers will each start one race.

The fastest driver in qualifying – Zane Maloney – will start Sunday’s race two from pole position with Isack Hadjar, who topped the slower group, starting Saturday’s race one from pole.