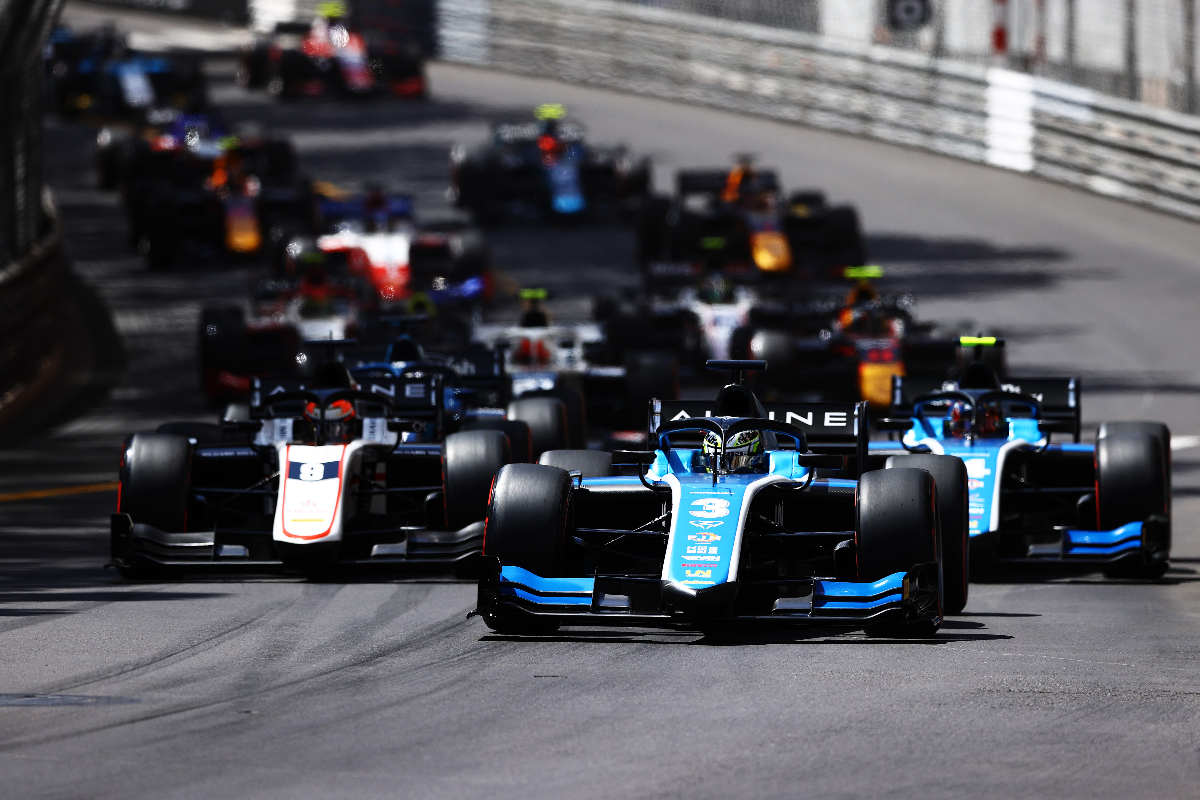 Felipe Drugovich says that having to run behind Christian Lundgaard’s car while it expelled fluid and smoke into his vision was “a nightmare” in Formula 2’s first Monaco sprint race.

Lundgaard was pressuring Guanyu Zhou for the lead early on before clouds started to appear from the rear of his car. He dropped into the clutches of Drugovich but continued to circulate while expelling fluid for several laps, before parking up.

Drugovich [right of frame in the above photo] said he could see the fluid for “probably three, four, five laps” before Lundgaard retired, and Formula Scout asked what it was like to race in those conditions on a street circuit where it couldn’t be avoided.

“They were pretty much a nightmare,” said Drugovich.

“Because I didn’t know how much I should push, also because [Roy] Nissany was coming behind me and he was catching me a little bit but at the same time I’m sure he was also being cautious.

“There was a little bit of grip missing, mainly because of the steam that was coming out, but it was not proper oil. But at the same time, it was really possible that he could actually drop some oil on the track, so I didn’t want to get too close and I was dropping like two seconds every lap to make a gap, to see what was going on in front.

“But luckily he was sensible, well, I don’t know if he was sensible or not, but he stopped. It was quite easy for me from thereon, but those laps were quite difficult.”

He added that was unsure whether he had the pace to get past the ART Grand Prix driver before he retired, as the Dane’s exit from the race meant Drugovich completed Virtuosi Racing’s first one-two finish in F2 behind Zhou.

“I wouldn’t know completely if I had the pace or not to overtake him, but after the first five laps that he was pushing a lot in these first five laps, he started dropping a little bit, and I caught him,” Drugovich said.

“Knowing what these tyres are like, if you make a big degradation of them, they just get worse and worse, so maybe I could have passed him. But at the point when he started dropping some oil there, I was quite scared of being the first one behind and didn’t want to be the first one to crash.”

By removing his helmet before returning to the paddock after pulling off the track, Lundgaard was reprimanded post-race. On social media, he simply commented “no words needed” in reference to his mechanical issue.