Home Featured Armstrong on his pole-earning pass: ‘I was lining that up the entire race’
Formula 2News 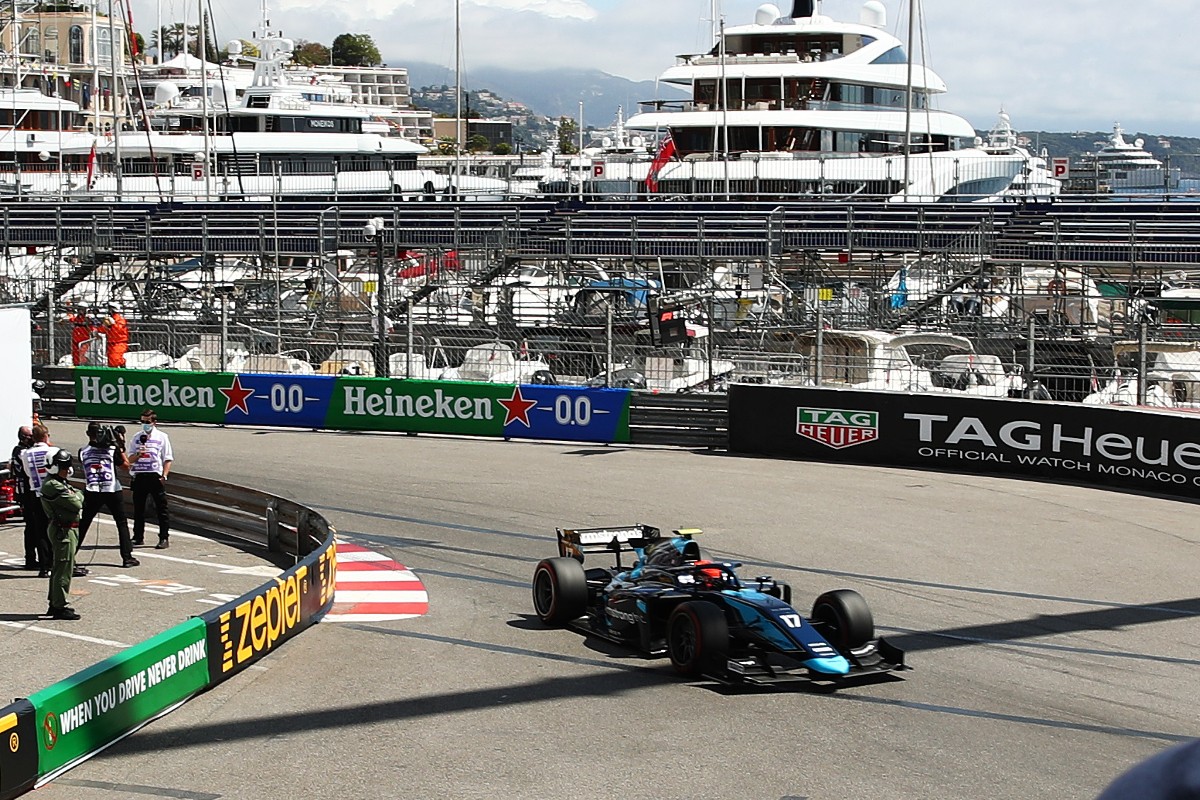 Marcus Armstrong has revealed his aggressive last-lap overtake in Formula 2’s first Monaco sprint race to take pole for the second reversed grid race was long in the planning.

The DAMS driver lunged on Carlin’s Jehan Daruvala into the tight Rascasse corner at the final time of asking, making side-on contact several times before barging down the inside again to complete the move into the Antony Noghes right-hander.

It was a move for 10th place, and crucially gave Armstrong pole for Saturday’s sprint race on a circuit notoriously difficult to overtake on, while Daruvala gets to start 11th. It was the only recorded overtake of the 30-lap first race of the weekend.

“I was lining that up for the entire race, exactly 29 laps, and then the opportunity presented itself on the final lap,” Armstrong told F2’s website.

“I think that our pace was quite strong, so it was just a case of getting close enough.

“Obviously, there is always a risk involved, but I know that Jehan is a smart driver, and he’s not going to destroy both of our races. I went for the gap, even though it was very small, and it paid off.”

He emphasised the significance of the move, in addition to its audacity, by explaining how it’s now ‘changed’ his weekend.

“You could argue that you can still win the race from P11 in most places, but in Monaco, that’s simply impossible,” he said.

“I think that it was a really important move and I needed to do it because it changes our weekend. Yes, there was some risk involved and it could have ended badly, but it didn’t and that’s it.”

Starting from the front will be an obvious advantage for Armstrong, whose best finish from the 28 F2 races he’s contested so far is a second place on his debut in 2020, but he doesn’t expect a run to a first victory to be easy.

“It will be very difficult, because you have to stay extremely focused throughout the entire race, especially with the Pirellis.

“When they start to degrade slightly and overheat, it starts to feel like wrestling an alligator around the streets of Monaco, so I have to stay very focused. Hopefully tomorrow we have some clear air so that I can enjoy it.”