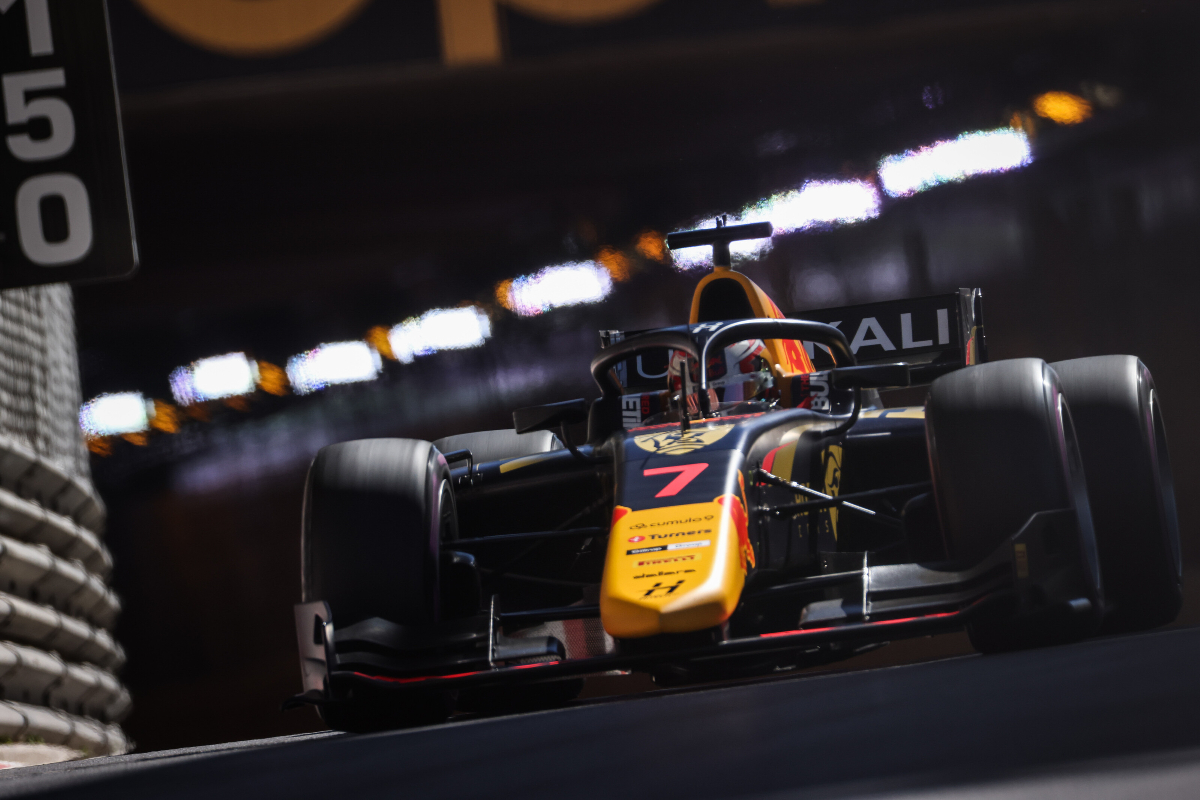 Liam Lawson managed a drying Monaco track to take victory in the second Formula 2 sprint race of the weekend.

The Red Bull junior took the lead early on with a daring move on Prema’s Oscar Piastri. A late lunge on the approach to the chicane after tunnel forced Piastri to cut the corner, and Lawson wasted no time before attempting another move at Rascasse.

Prema’s Piastri left just enough room for the two to run side-by-side, but couldn’t keep his nose ahead and Lawson claimed the lead.

Piastri couldn’t fight back and was forced to defend against Carlin’s Dan Ticktum in third. Ticktum found a way through at the exit of the tunnel, but couldn’t bring the fight to Lawson before a late safety car period brought about by Trident’s Bent Viscaal colliding with Charouz Racing System’s David Beckmann and putting him out of the race.

What followed that was a two-lap dash to the flag, with the frontrunners on grooved tyres on a track now best suited for slicks, but Lawson was able to manage the restart and break away from Ticktum in second to take victory.

Piastri was unable to take advantage of the safety car to challenge, himself under pressure from Lawson’s Hitech GP team-mate Juri Vips who attempted a move around the outside but backed out of it and settled for fourth, ahead of ART Grand Prix’s Theo Pourchaire and Campos Racing’s Ralph Boschung.

MP Motorsport’s Richard Verschoor and Lirim Zendeli were the last of the points finishers, Zendeli snatching eighth from Carlin’s Jehan Daruvala on the final lap.

Only 16 drivers finished. The first incident came pre-race, when an engine issue caused DAMS’ polesitter Marcus Armstrong to stop on track. He was brought into the pitlane, where he would start, but it was only a few laps before he went off.

Campos’s Gianluca Petecof was actually the first casualty of the race, having run into the wall on lap one, and when Trident’s Marino Sato went off a few laps later, Virtuosi Racing’s Guanyu Zhou and Felipe Drugovich made a failed gamble to pit for slicks during a Virtual Safety Car period.

The only full safety car was brought out for the Beckmann and Viscaal clash. The incident came just as Prema’s Robert Shwartzman, who started from last, pitted for slicks.

The race was time restricted, leaving two laps for Shwartzman to warm his tyres up, and he was too far back to challenge F2 returnee Jack Aitken for 10th but did steal the fastest lap from Lawson.