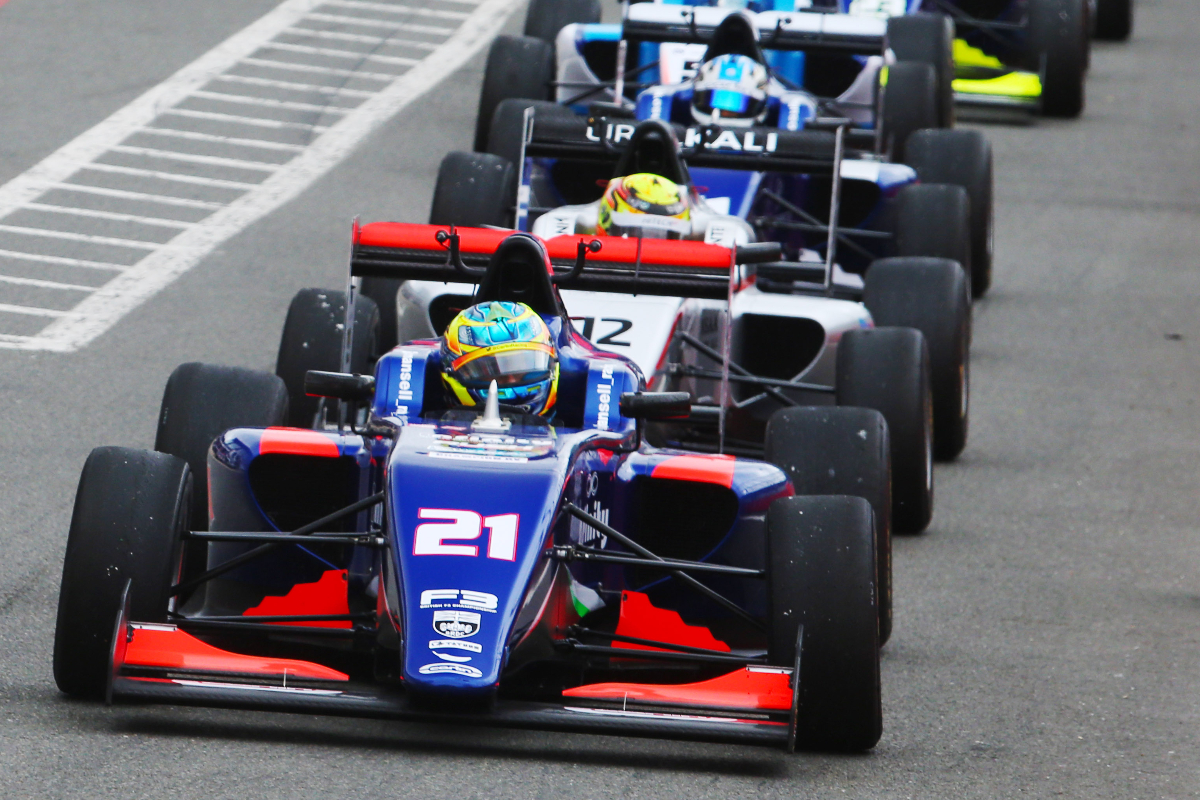 Christian Mansell topped a wet free practice session at the opening round of the BRDC British Formula 3 season at Brands Hatch.

The Carlin driver finished almost one second clear of fellow Australian Bart Horsten around the circuit’s Grand Prix layout in a session where lap times tumbled throughout.

Zak O’Sullivan, who was fastest in both of the official test days, then jumped to the top of timesheets for Carlin before being displaced by Hitech’s Reece Ushijima – the first driver to dip under the 1m35s mark.

Simmons and O’Sullivan both then had brief spells back at the top, before Horsten found half a second to lead the way before a late red flag period, when Hitech’s Sebastian Alvarez stopped at Druids.

Mansell bettered Horsten’s effort when the running resumed with three minutes remaining, and then found a further 0.4s to end the session on top with a time of 1m32.235s.

Fortec Motorsports’ Ollie Bearman was third fastest after moving up the order after the red flag, with Javier Sagrera 0.053s behind in fourth for series debutant Elite Motorsport. Simmons was fifth, ahead of Ushijima and O’Sullivan.  Elite’s Tom Lebbon was eighth, with Lubin and Fortec’s Roberto Faria rounding out the top 10.