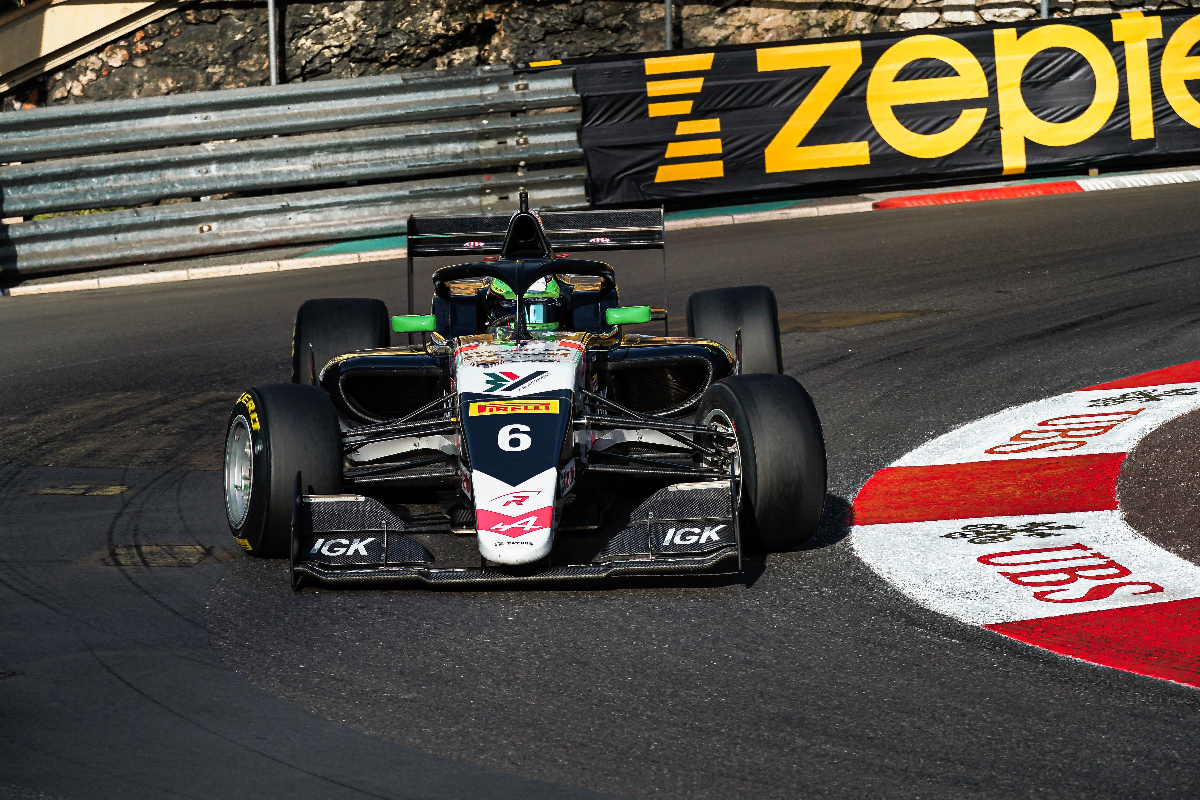 The R-ace GP driver held the race lead from team-mate Zane Maloney off the line, and was unchallenged for the remainder of the race.

Hadjar spent the first half of the race extending the gap to Maloney, only for the safety car to then eradicate that gap after Arden’s Nicola Marinangeli was spun around at the Nouvelle chicane.

Maloney couldn’t stick with Hadjar on the restart though, and he finished 7.401s down the road. Prema’s Paul Aron took third, holding off the third R-ace car of Hadrien David, who pushed him hard throughout the race.

It was a cautious race as though the track had mostly dried after the Formula 2 sprint race which started in wet conditions, there were still damp patches in places around the Monte Carlo streets. Most of the field was able to avoid any drama, though issues for JD Motorsport’s Eduardo Barrichello and Monolite Racing’s Jasin Ferati meant they pitted early on.

Championship leader Gregorie Saucy faced an uphill battle after qualifying only 10th. That was only made harder when he ran wide at the first corner late in the race, plummeting down the order and finishing 22nd.

His ART Grand Prix team-mate Gabriele Mini inherited 10th and tried to close onto the back of Van Amersfoort Racing’s Mari Boya in ninth, but ran out of laps before he could get close enough to make a move.