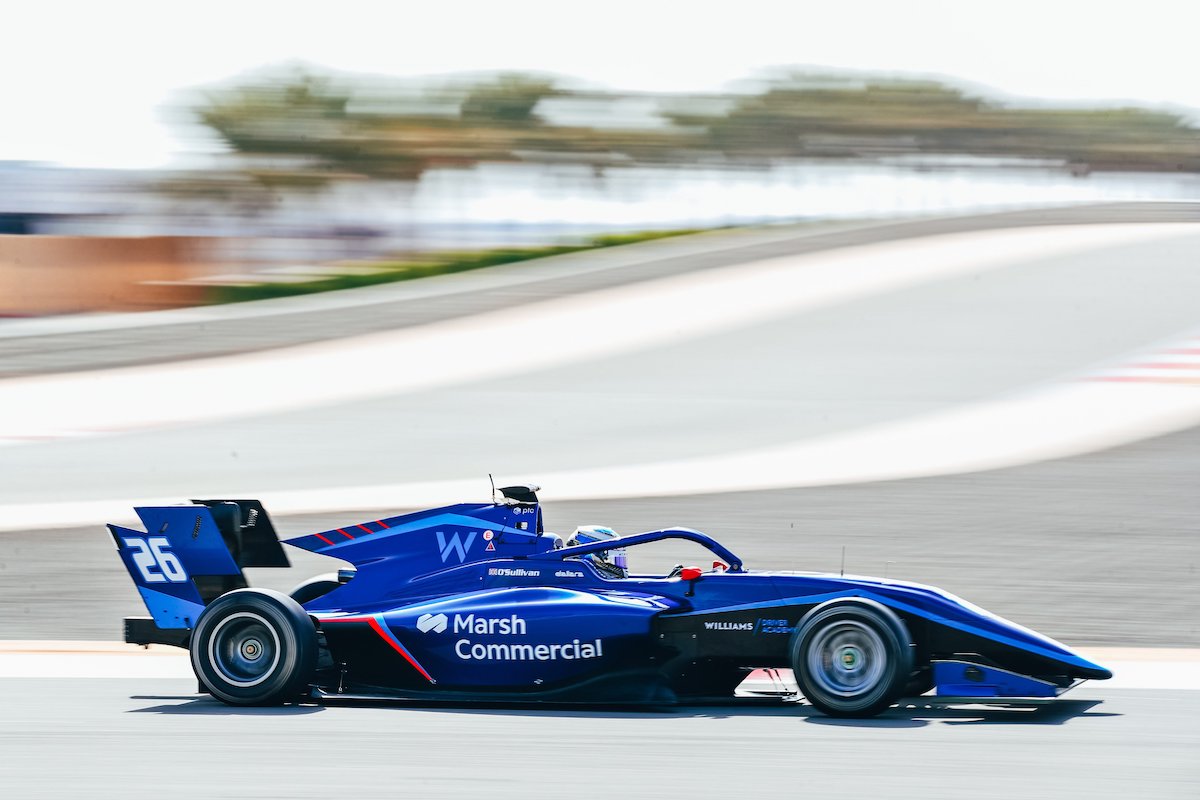 New Williams junior Zak O’Sullivan believes his rookie season in the FIA Formula 3 Championship with Carlin will require a different approach to his two previous campaigns with the team.

O’Sullivan came agonisingly close to winning the British Formula 4 title in his maiden season of single-seater racing in 2020, then won the GB3 championship last year after making the step up with Carlin.

However, while Carlin has a reputation as one of the most successful teams in junior single-seaters, it has struggled in the current iteration of FIA F3 since it began in 2019. It finished bottom of the teams’ championship last year (having come eighth in 2020 and ninth in 2021) and none of its drivers have placed inside the top 10 in the drivers’ standings.

Ahead of the opening round in Bahrain, O’Sullivan told media including Formula Scout that it was “probably not” possible to end this year as champion.

“I’d say compared to other seasons there’s a lot less pressure on me,” he said. “Obviously it’s no secret that Carlin weren’t the best team last year in F3, so it’s very tricky for me to put any kind expectation on a result.

“The last two years I’ve signed for them they’ve won the teams’ and drivers’ championship the year before so the target’s always been to win the championship. This year it’s pretty different.

“I’d say any expectations will come after round one when we get a good idea of where we are, how much if any progress we’ve made from last year.”

O’Sullivan is joined in the Carlin F3 line-up by Enzo Trulli and Brad Benavides, who both raced for the team in Euroformula last season.

“We’ve got an all-rookie line-up, so the team and I are learning as fast as possible,” he said.

“Luckily I think the three of us all have pretty similar feedback on the car, what we need to improve on. That always helps, we’re all in unison in debriefs, so hopefully we lead the team in the right direction across the year and can make some progress.

“Testing was pretty inconclusive, I think we could sit pretty comfortably in the top 10 on performance [qualifying] runs, not quite so good on race runs.

“As I said, it’s going to be tricky this year. A bit of a different approach as a driver. It’s the first year where I won’t be fighting for a championship, I don’t think. I’d be surprised if I was, put it that way.

“So we’ve got to see, hopefully I can get inside the reversed grid to begin the season.

“For me it’s where we finish the season [compared] from where we start. It’s pretty hard to put any predictions on that. But I doubt you’ll see me be champion this year.”