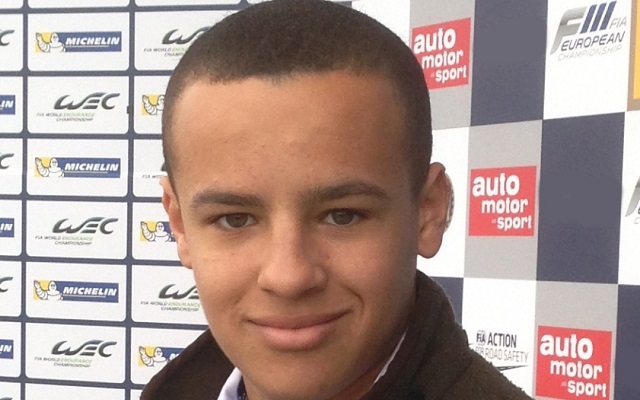 Karting graduate Samuel Oram-Jones is set to make his single-seater debut next weekend at Donington, having struck a deal to race with SWB Motorsport in the second event of the 2014 Protyre Formula Renault season.

Oram-Jones, whose karting resume includes races in respected championships like Rotax Mini Max, CIK-FIA U18, European KF3 and WSK Euroseries, recently tested with the British team to prepare to the Donington weekend of Protyre.

“I?m extremely pleased to get this chance, SWB Motorsport is a well-respected team?, said Oram-Jones, ?Simon [Baldry] works very well with the drivers and the mechanics all take a real pride in what they do. The test at Mallory Park was very successful and we were a lot faster than we expected considering it was very cold and we were using old tyres.”

While an official statement is yet to be made, it is expected that Oram-Jones will race with the team in Protyre beyond Donington.

“My first race is very important, although we have to be realistic. We?d like to aim to be mid-pack or in the pack fighting for position as opposed to being at the back and not in the mix at all. I?ll be happy to get any points of significance at all in the first few races. That would be extremely good.?

Oram-Jones will race with SWB alongside another British karting graduate Jack Butel and Finn Atte Lehtonen, who currently occupy 13th and tenth in the standings respectively.

?We?re very pleased to add Sam to the team, he has a super-professional approach and a fantastic attitude?, team boss Simon Baldry added, ?He?s been in our sim for the last few days learning the track, and will be back out at Mallory Park next Wednesday before Donington on the Thursday of the race meeting. His karting career will stand him in good stead, however, he has a lot of catching up to do with the other drivers who have had a full winter of testing and the first race meeting to hone the necessary skills. I?m sure he will rise to the challenge!?