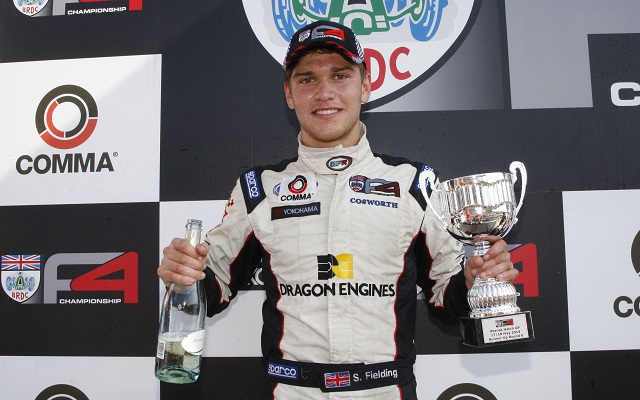 BRDC F4’s Sennan Fielding will be making his Formula Renault NEC debut this weekend, having signed a last-minute deal for a one-off outing at Silverstone with Euronova.

Fielding, 18, will line up alongside Euronova regular Ukyo Sasahara, who took a maiden podium in the season opener at Monza.

“We called Sennan at the last minute after a problem with our previous NEC driver”, admitted team boss Vincenzo Sospiri. The driver in question is 18-year-old Pole Jakub Dalewski, who made his first appearance with Euronova at Monza and scored two 11th-place finishes.

“I was looking for someone who knew Silverstone and who had achieved some good single seater results and Sennan fitted the bill perfectly,” said Sospiri. “This will be his first experience of a Formula Renault car and of Michelin tyres but his knowledge of the circuit will be a big help. Ukyo has never raced at Silverstone so the two drivers will help each other out by sharing data and I?m sure that Sennan will make the most of this opportunity.”

Fielding, who finished runner-up in Ginetta Juniors in 2012, put himself on the map in single-seaters with a stellar performance in the BRDC F4 Winter Series, finishing third behind the more experienced Matthew Graham and Jake Cook. The Chesterfield-born racer currently lies in fourth in the regular championships’ standings after two rounds.