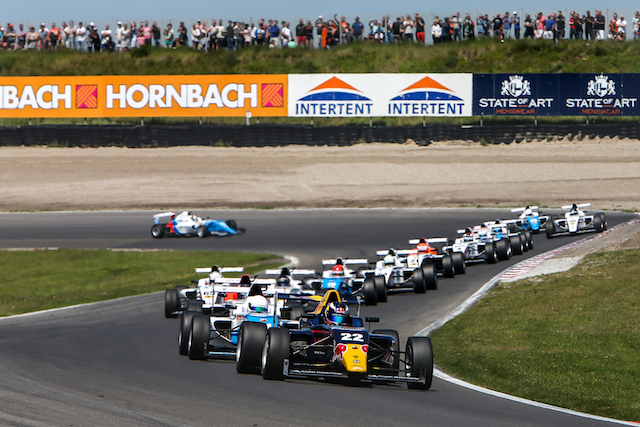 Jarno Opmeer?claimed his fifth SMP Formula 4 victory in the second race of the weekend at Zandvoort, before?Richard Verschoor ended his drought in the finale.

With the race two grid positions set by the race one result, Opmeer led from start to finish ahead of?Roope Markkanen, who shot from to second at the start in front of Verschoor.

Opmeer’s winning margin was only nine tenths over Finland’s Markkanen,?while Verschoor gave up the final podium place to Alexander Vartanyan when he ran wide into the gravel trying to pass the Finn around the outside.

Starting from pole for the fourth time since his one previous victory in his single-seater debut at Sochi, Verschoor this time made a good start and led throughout, even though he twice had two-second margins eradicated by a safety car.

Vartanyan beat Opmeer into second place at the start while Valtanen took fourth ahead of the squabbling Markkanen twins, with Rasmus eventually beating Roope.