After a difficult rookie season in GP2, Pal Varhaug has made the step down to Auto GP, and shone at the season opener at Monza. We profile the man hoping to become Norway’s first F1 driver…

If you’d told me at the start of the year that the second driver I would profile on the site in 2012 would be Pal Varhaug, I’d have thought you were crazy. He was pretty much destroyed in GP2 last season, well out of his depth in a team entirely geared to getting Romain Grosjean the title.

He probably won’t admit it, but he had almost certainly made the jump from GP3 too early. Having failed to secure a GP2 seat (thus far) he’s landed in the Auto GP World Series, and going by his Monza performance last weekend he’ll be amongst the leading contenders for the title. It was a move that was forced upon him rather than one he chose, but it could just turn out to be an inspired one.

Making his debut in karting in 1996 at the age of five, ten years later he won the Norwegian ICA Junior title (today known as KF3).

He moved into cars in 2007 and began a relationship with the Swiss team Jenzer Motorsport that would last four seasons. He began in the Formula Renault Switzerland, which, with racing heavily restricted in Switzerland, takes place on circuits in surrounding nations. He finished the season in second place, just ten points shy of champion and fellow rookie Adam Kout (who has since ended up back in karting). Varhaug came on strong at the end of the year, winning three of the final four races. 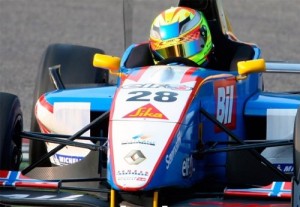 The following season he contested a dual programme, with full campaigns in both the Eurocup and the Italian series. In the Eurocup he finished 15th in the final standings, scoring points in four of the 14 races. He fared somewhat better in Italy though, where he won the title having wracked up three race wins in the first half of the season, including a double victory at the Hungaroring.

2009 saw Pal contest the International Formula Master series, again with Jenzer. He finished fifth in the standings having taken five podium finishes during the year. He was also the second best rookie, just three points away from fourth-placed Alexander Rossi.

In 2010 he made the move to the brand new GP3 Series. He qualified on the front row of the grid for the first ever GP3 race in Barcelona, and then capitalised on a slow start from polesitter Nigel Melker to win the race, leading home Robert Wickens and Esteban Gutierrez. 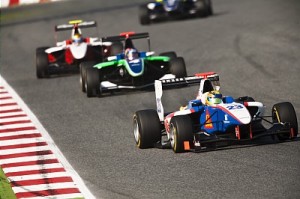 While Gutierrez and Wickens would go on to finish 1-2 in the season’s classification, that victory would somehow be the last time he finished in the points all year. He did finish third on the road at Spa, but was then penalised for passing under the safety car during the race. As a result, he slumped to 13th in the final standings.

Nonetheless, he still made the move up to GP2 for 2011, signing for DAMS. In the four-race Asia Series, he claimed a sixth place, and with it a point, in the final race at Imola. This would go on to be important, as he failed to score during the entire main series campaign, his best result being an eighth in the sprint race at round two in Barcelona. As a mark of the gulf in performance between him and teammate Grosjean, the team still managed to finish second in the teams’ classification despite Varhaug not contributing to it. 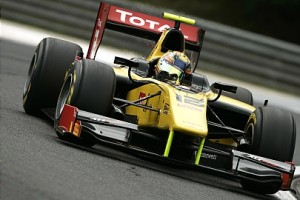 Pal had hoped to remain in the series for a second season, but that now looks unlikely given he has not taken part in either of the pre-season tests. As a result he’s made the move to Auto GP to drive for brand new outfit Virtuosi, and enjoyed a very strong first weekend in the series at Monza. He finished second in the first race, and then came through from seventh on the grid to win the second race. As a result he is tied at the top of the standings with Race 1 winner Adrian Quaife-Hobbs.

Talent rating: Pal made very good progress through the ranks in Formula Renault, and onto more powerful machinery in Formula Master. However, other than his debut race wins, his results in GP3 did probably not warrant a step up to GP2 so early, and his lack of results proved that. He’s certainly talented, but a driver with more talent would have made a better hash of the step up to GP2, particularly with as good a team as DAMS. See Gutierrez. 6/10

Chances of getting to F1: Pal has a good number of companies supporting him, with his main backer being his father’s construction firm Allfug. A title-winning campaign in Auto GP would give him the opportunity to get back into GP2 in a good seat, and he’d be far more prepared for it with a strong season in the high-powered Auto GP cars. From there his dream of becoming Norway’s first F1 driver could still be on. 6/10 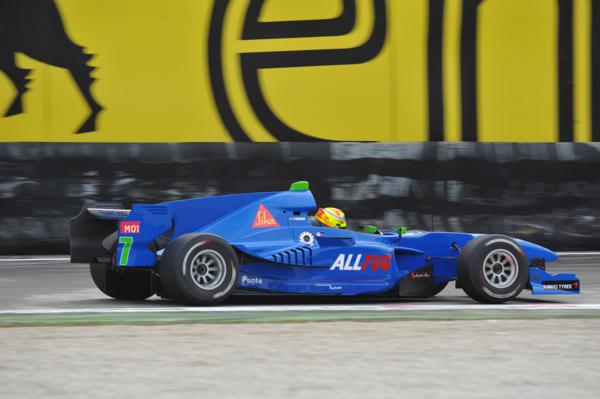