Fabio Leimer was victorious in the GP2 Final at Abu Dhabi last weekend, and then impressed on his F1 testing debut with Sauber a few days later…

Fabio won the Swiss Junior Karting Championship in 2003 at the age of 14, racing against the likes of Sebastien Buemi and current Indycar driver Simona de Silvestro. Three years later he was runner-up in the Swiss Championship in the ICA class. 2006 was also the year he began racing in cars, competing in Formula BMW ADAC in Germany. It would be a modest start to his career proper, finishing 18th in the standings. He also contested the Formula BMW World Final in Valencia, finishing 19th.

Fabio opted to race in International Formula Master in 2008, finishing the year as runner-up to second-year driver Chris van der Drift after winning races at Estoril, Imola and Monza. He remained in the series in 2009, where he dominated the season by winning the Saturday feature race at every circuit on the calendar bar one. 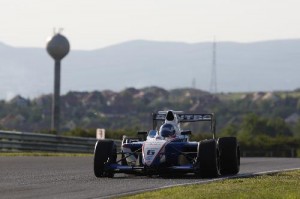 Fabio racing in Formula Master in Hungary in 2009 - Photo: fabioleimer.ch

Over the following winter he contested the GP2 Asia Series with Ocean Racing Technology, but was unable to score any points as he only finished three of the eight races. He remained with the Portuguese outfit for the main 2010 season and got off to a winning start by taking victory in the Barcelona sprint race from the reverse grid pole position. However, that would be the final time he would score any points for the rest of the season.

Fabio made the switch to the Rapax team for 2011, replacing champion Pastor Maldonado in the team. He finished fifth overall in the Asia Series at the start of the year by scoring points in three of the four races. In the main series he once again won the Barcelona sprint race off pole position, but endured another barren run until the season finale at Monza, where he finished second in the sprint race after coming seventh in the feature.

He moved to the Racing Engineering squad for post-season testing in October, and posted the quickest time on three of the four days at Jerez and Barcelona. He raced for the Spanish team in the non-championship GP2 Final in Abu Dhabi in November, and took pole position for the feature race and a dominant victory – ending the meeting with the highest number of points.

He made his Formula 1 testing debut for the Sauber team a few days later in Abu Dhabi, posting the fourth fastest time on the opening day before handing the car over to Esteban Gutierrez.

Talent rating: Fabio is certainly a good driver, but has failed to turn either his dominant Formula Master form or blistering testing pace into consistenly good GP2 results. He has proven he can win from the front, but his racing ability does not seem to be so good. 7/10

Chances of getting to F1: He was quick on his F1 testing debut with Sauber which no doubt got people noticed – as did his GP2 performance at the circuit the weekend before. He enjoys good backing from water damage firm Bautro, as well as from watch maker Certina (who also happen to sponsor Sauber). This combined with a season at the front in GP2 should put him in with a good chance of a 2013 race seat. 8/10 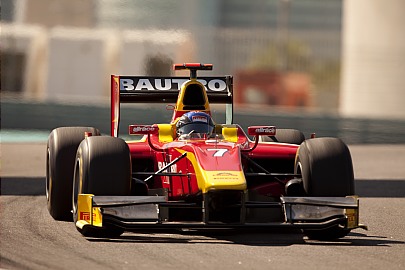