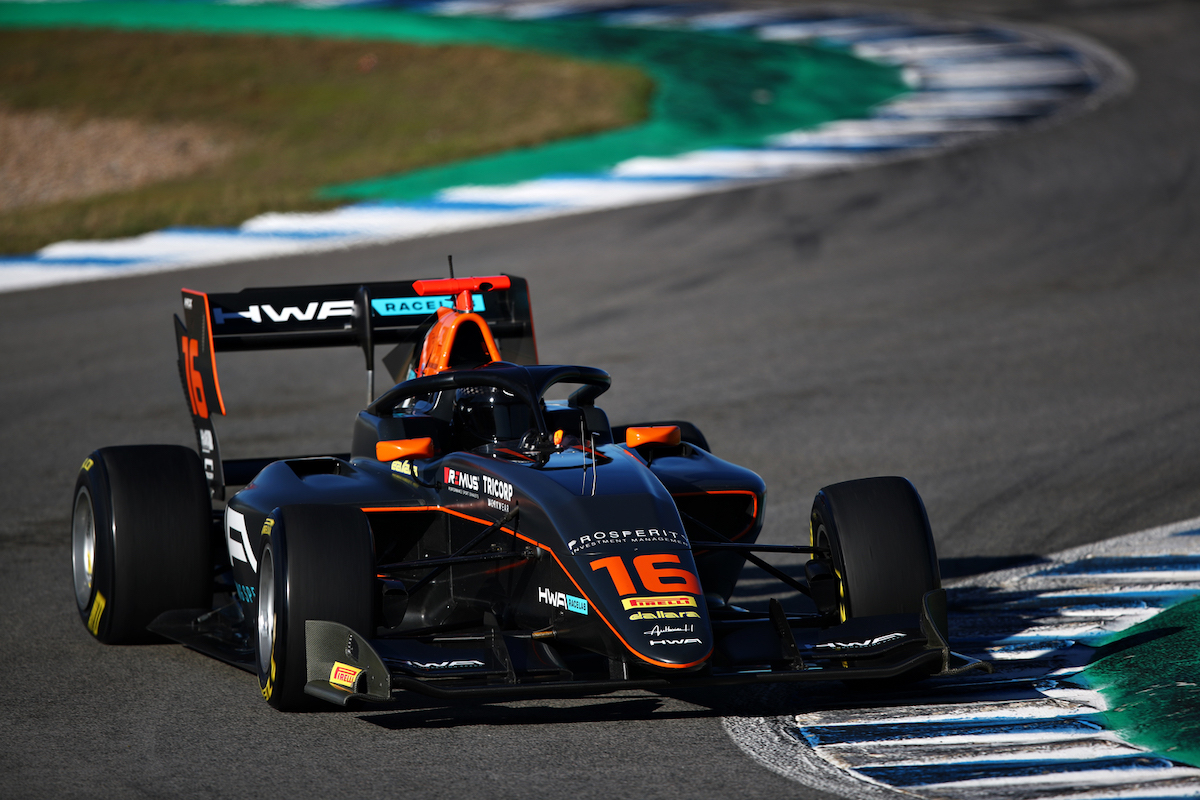 Rasmussen graduates to FIA F3 after finishing third in the Formula Regional European Championship last year while driving for Prema.

Stepping up from Formula 4 with the Italian squad, Rasmussen fought for the title with a stronger second half of the season than his team-mates Gianlunca Petecof and Arthur Leclerc. He eventually finished with the same amount of points as runner-up Leclerc and 16 points behind champion Petecof after taking six race wins.

The French-born Danish driver ran with HWA in both post-season FIA F3 tests at Barcelona and Jerez last October, as well as sampling Prema and Hitech machinery.

“Participating in FIA Formula 3 is a milestone in my career,” he said. “Together with HWA we will do our best to be competitive. I hope we grow in strength together and emerge from the coming season as one of the best teams and me as one of the best drivers.”

Rasmussen joins Matteo Nannini and fellow rookie Rafael Villagomez in the HWA line-up, which means that Enzo Fittipaldi will not return to the team for a second season.

Ferrari junior Fittipaldi had stayed with HWA for all four days of testing following the 2020 campaign.

“Six wins and 13 podiums speak for themselves. It shows that he has the potential to produce top performances at the high level of FIA Formula 3. We will support him as well as possible, to allow him to make the most of this huge potential out on the track.

“Our line-up for the FIA Formula 3 season is now complete. We are pleased to have once again found a good mix of individual personalities who will complement each other within the team.”