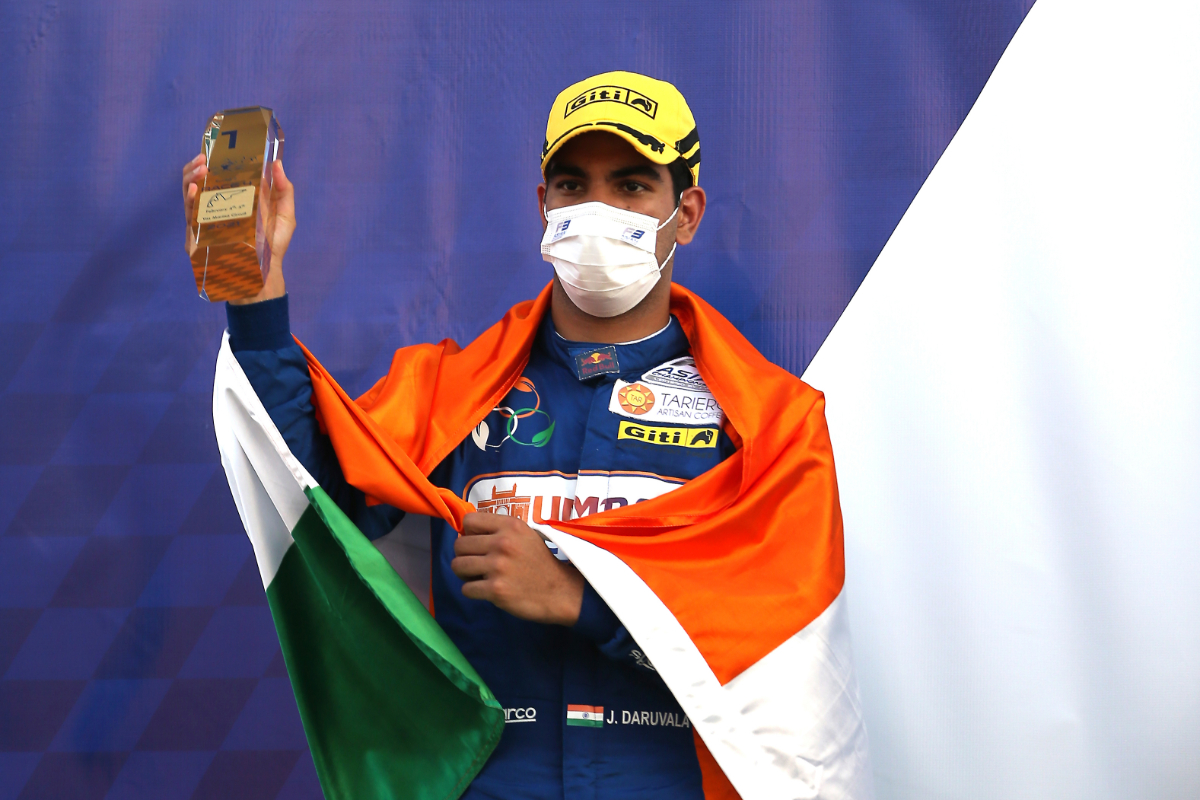 The Formula 2 regular led at the start of the race, but Hadjar remained in second place close behind the Red Bull junioe.

At 10 minutes into the race, Hadjar and fellow F4 graduate Dino Beganovic ran three-wide with Daruvala for the race lead but miraculously Daruvala – in the middle of the trio – held the lead at the end of the second long straight.

Daruvala continued to come under pressure from Hadjar and the cars behind, but he managed to resist to take his second successive race victory and cut Alpine Formula 1 junior Guanyu Zhou’s championship lead to three points.

Second place marks Frenchman Hadjar’s best result of the season while Abu Dhabi Racing by Prema’s Beganovic completed the podium, this time avoiding the last-lap heartbreak of an engine failure that cost him fourth place in race one.

His team-mate Zhou was forced to settle for the weakest finish of his campaign so far in fourth place, one place ahead of race three poleman Pierre-Louis Chovet (Pinnacle Motorsport) and Evans GP’s Patrik Pasma.