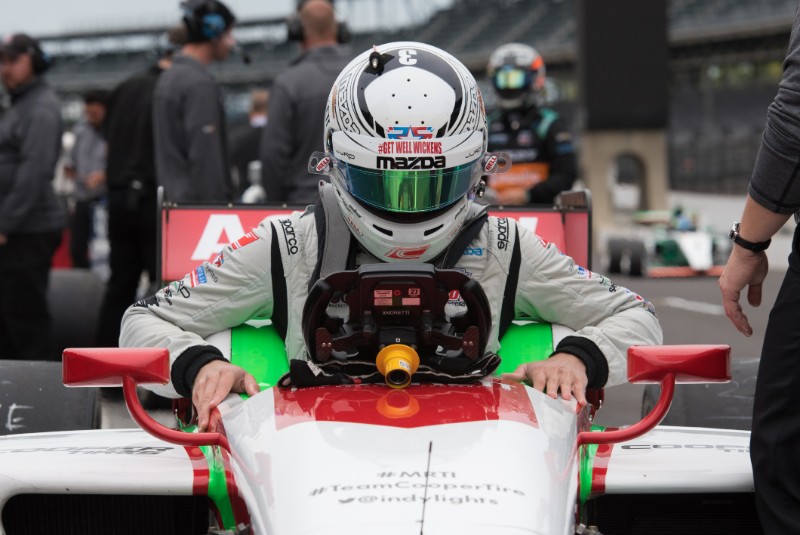 Andretti Autosport has signed USF2000 champion and Road to Indy Shootout winner Oliver Askew to its Indy Lights squad for this season.

The 22-year-old raced in Indy Pro 2000 last season, finishing third with one win, after winning two successive rungs of the Road to Indy latter in 2016 and ’17.

Askew entered last year’s Chris Griffis Test at Indianapolis Motor Speedway with the team, ending up second to old rival Rinus VeeKay, and is currently testing at the Circuit of the Americas, where he was fastest over the three sessions held.

?Joining Andretti Autosport is an extremely huge opportunity for me,” Askew said.

?There is such a wealth of experience between Indy Lights, IndyCar, Formula E and all their other racing programs ? there are so many years of experience within the team.

“I’m really looking forward to transferring that wealth of experience into my rookie season with the team and anticipate a successful season.?

?We?ve been following Oliver over the last few years in the Road to Indy and we have been very impressed with his talent behind the wheel,? Andretti Autosport CEO Michael Andretti added.

After a successful karting career, Askew made his car racing debut in Formula Masters China in 2015. He didn’t appear in cars again until the Team USA Scholarship took him to Britain late in 2016 to compete in the Formula Ford Festival and Walter Hayes Trophy in Formula Ford 1600 machinery.

He finished second overall in the WHT, only losing out to Niall Murray in a sodden final. A month later Askew won the RTI Shootout, granting him a $200,000 scholarship to USF2000 for ’17.

Askew beat VeeKay to that year’s title, but the Dutchman struck back last year in IP2000. The pair will line up against each other again in Indy Lights, with VeeKay taking his scholarship prize to Juncos Racing, which also ran him to the IP2000 title.

Andretti will also be fielding another IP2000 graduate this season in Robert Megennis, and has also signed third-year driver Ryan Norman. During testing its fourth car has been driven by GP3 driver Julien Falchero.