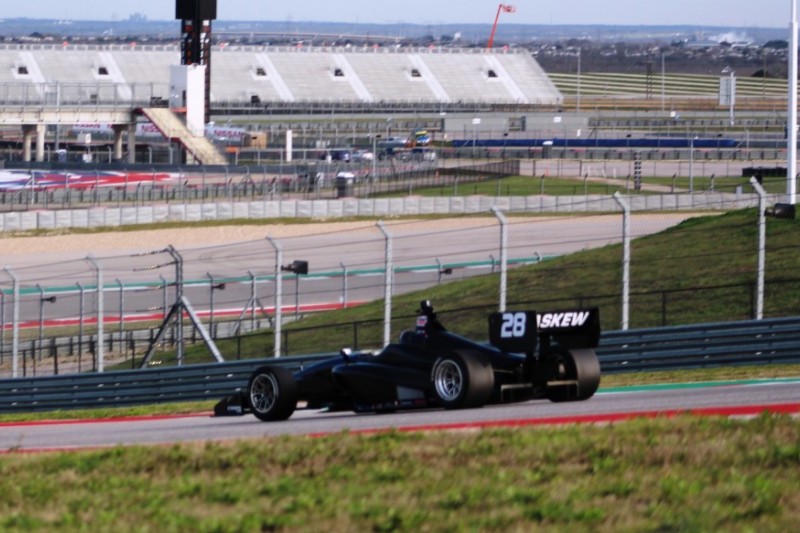 New Andretti Autosport signing Oliver Askew topped the timesheets in Indy Lights’ ?Spring Training? test at Circuit of the Americas, heralding the track’s arrival to the Road to Indy.

Indy Pro 2000 graduate Askew was third in Monday?s first session, before finding half a second to top the times in that day?s afternoon segment.

On the sole Tuesday session, he found a another half-second to narrowly beat fellow Andretti driver Julien Falchero, who topped the opening session and raced in GP3 last year. The gap was 0.0424s at the end of the final session, after both did fresh tyre runs.

After suffering from braking issues on Monday, reigning IP2000 champion Rinus VeeKay finished third in the test, just over a tenth behind rival Askew. The Juncos Racing driver held the top of the times for much of the final session, before being pipped by his fellow rookies, and was fastest in both of the 2018 pre-season tests.

Indy Lights veteran Ryan Norman was top of the non-rookies, appearing towards the top of the timesheets in each of the sessions. The Andretti driver gradually slid down the order as the debutants got used to the Dallara IL-15 chassis, and ended up fourth in the combined results, just 0.1325s off the pace.

Zachary Claman de Melo, returning from a part-season in IndyCar, was fifth fastest for Belardi Auto Racing, beating both drivers from his former team Carlin.

The British outfit is making a return to the series after also making its IndyCar debut last year, and ran Lights regular Dalton Kellett and Formula Renault Eurocup star Logan Sargeant, the latter who is set to be announced as driving in the new Formula 1-supporting FIA Formula 3 series this year.