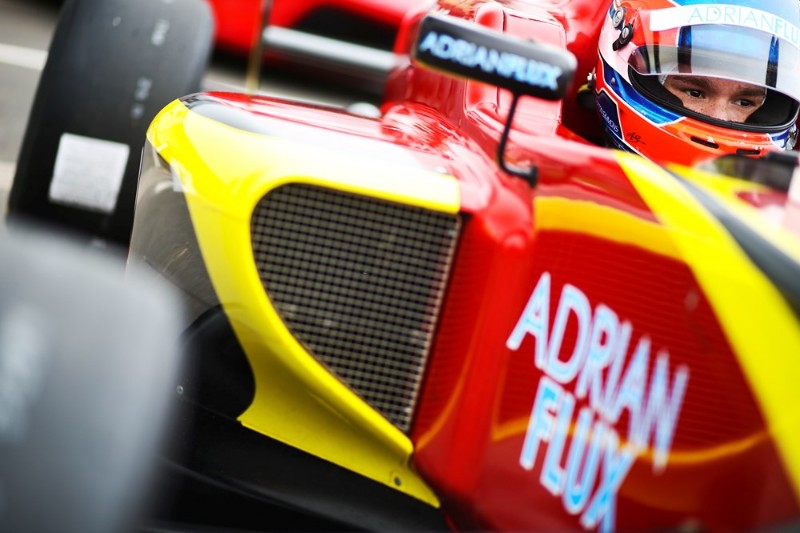 Simmons participated in three of the eight 2018 British F3 rounds last year with CDR, peaking with a fourth place at Spa-Francorchamps, while he also fought against Kiern Jewiss for the British F4 title.

The 17-year-old was in his third year of F4, spending the first two seasons with Arden before switching to JHR Developments for ’18. His and Jewiss’s drama-filled rivalry, which Simmons lost last year, will continue into F3 as Jewiss has signed for Douglas Motorsport.

“I’m really looking forward to my first full season in BRDC British F3 and I?m very happy to be returning with Chris Dittmann Racing in what is a fantastic car to drive.?

?CDR really helped me to make a very quick adaptation to the car last year, and our results were incredible when you consider the amount of testing we were able to do compared to the other drivers.?

?With a bit of seat time and good experience of the car, I hope we can challenge for wins and maybe even the title in 2019.”

Team boss Chris Dittmann added that he was ?absolutely delighted to have completed this deal with Ayrton”.

“In the races he did with us last year he showed some amazing speed, and a demonstration of what our car is capable of,” he said.

?It?s a pleasure to be working with a driver of his potential and we believe we?re going to be scoring some very strong results this year.?

Thai driver Sasakorn Chaimongkol will contest a second full Britsh F3 season with Hillspeed, following his 2018 campaign that resulted in ninth in the standings.

The 20-year-old made his car racing debut in the BRDC British Autumn Trophy in 2016 with Hillspeed, and returned to the championship last year. He appeared on the podium twice, and took two other top five finishes. Remarkably, he was the only driver to score points in every of the 23 races.

?I?m really happy to be back in British F3 this year and especially with the Hillspeed guys, it?s a fantastic team and we have a very strong relationship which has been built over the last few years,” commented Chaimongkol.