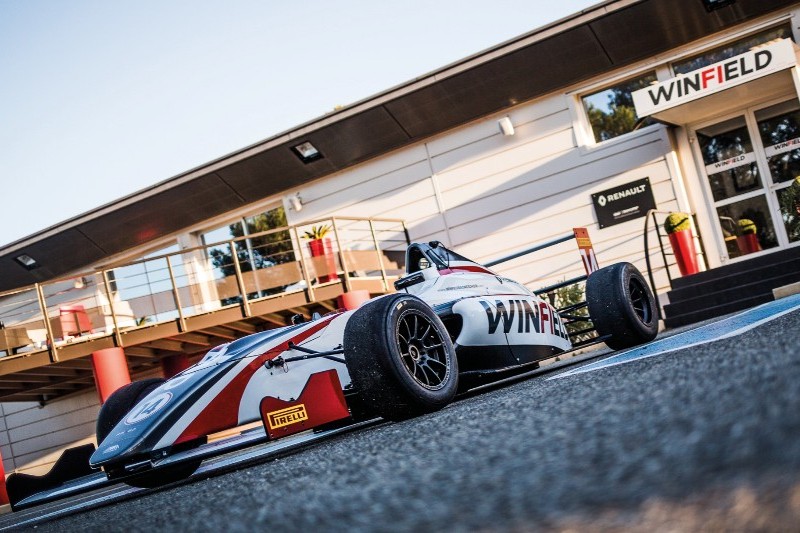 The Winfield Racing School has announced the latest group of young drivers aiming for a paid for drive in French Formula 4 by winning the Volant Winfield.

The 25th running of the driver search and coaching initiative will take place at Paul Ricard on February 23-25, with the entrants including world karting champions and a sim racing star. Registration requests for the Volant Winfield exceeded 70, with a shortlist of 18 taking part in the testing process.

They will all be aiming to succeed 2018 French F4 champion Caio Collet, who earned his drive through the award and is now a Renault Formula 1 junior.

To make drivers eligible for the Volant Winfield, they must have less than four F4 rounds worth of car racing experience and aged between 14 and 17. Those hitting the minimum limit are also eligible for the Trophee Winfield, which grants two free French F4 test days and entry into the final round of the season.

The finalists are led by reigning CIK-FIA World Junior Karting champion Victor Bernier, who is French and also eligible for the Trophee Winfield. With an equally as impressive karting CV is Joe Turney, last year’s IAME International Final winner and multiple national champion in the Senior X30 class. Both made it into Formula Scout’s top karters of 2018.

Cabirou, Joulie, and Pauwels will be eligible for the Trophee Winfield in addition to Bernier, while Hugo Le Henaff, 16, is the first ever sim racer to be considered for the Volant Winfield.