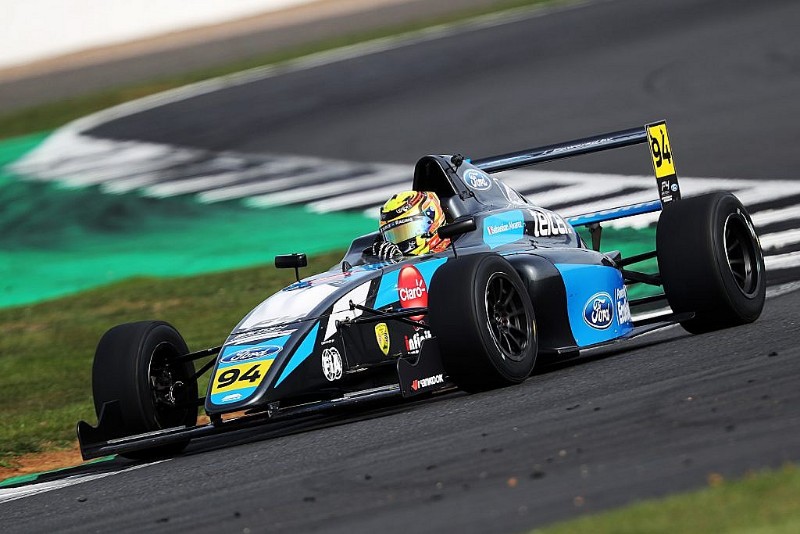 Sebastian Alvarez will remain with Double R Racing for a second season in British Formula 4, having finished 12th in the standings as a rookie last year.

Alvarez joined the championship last year off the back of a karting career that included a title in the Cadet class in his home country, and experience in the Swedish, European and World karting championships in the OK class.

The 16-year-old’s first season in cars included 12 points finishes, with a best finish of sixth at Snetterton, and four Rookie Cup podiums.

?It?s great to be back with Double R for my second season in British F4,? commented Alvarez.

?I really enjoyed my first year in the championship, we had some good results and I learnt a lot as well which I aim to put into practice.?

?Double R is a fantastic team, they proved that by winning the title last year, and I?m confident we can make very strong progress together this season.?

The Mexican will join Louis Foster, runner-up in Ginetta Junior last year, at the team, with the aim of winning silverware.

Double R team boss Anthony ‘Boyo’ Hieatt said: ?We?re delighted to see Seb return as a Double R driver for 2019 and very much looking forward to working with him again this year.

?He made strong progress in his first season last year, and we?re sure he?ll continue to make big strides this season.?