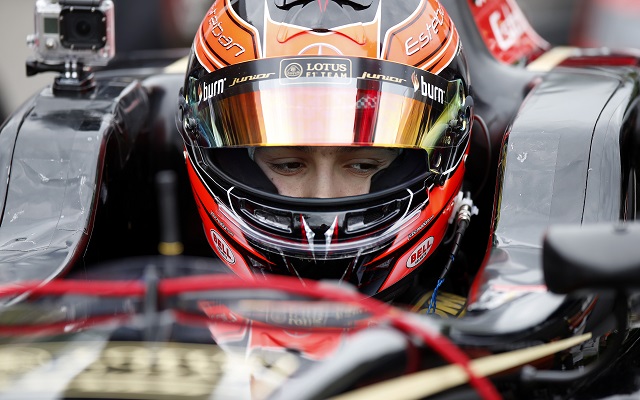 Prema Powerteam’s Esteban Ocon was untouchable in the first qualifying session of the European F3 round at Moscow Raceway as he claimed his 11th pole position of the season.

The Frenchman took over at the top with seven minutes remaining in the session and remained in first until the checkered flag. Ocon’s pole was virtually uncontested by the end as the Lotus junior was three tenths quicker than anyone else in sector one alone.

With Ocon being the only driver to go below 1:27, it was Jordan King who was best of the rest, finishing six tenths down in P2. His teammate Tom Blomqvist finished right behind the Brit and will be joined by Van Amersfoort Racing’s Max Verstappen on row two.

The session saw a brief last-minute yellow flag due to EuroInternational youngster Santino Ferrucci going off at turn seven.

UPDATE: Jake Dennis had previously been handed a five-place grid penalty for his role in the turn one incident in race three at Norisring. He will start in P11, with Felix Rosenqvist promoted to the top ten.