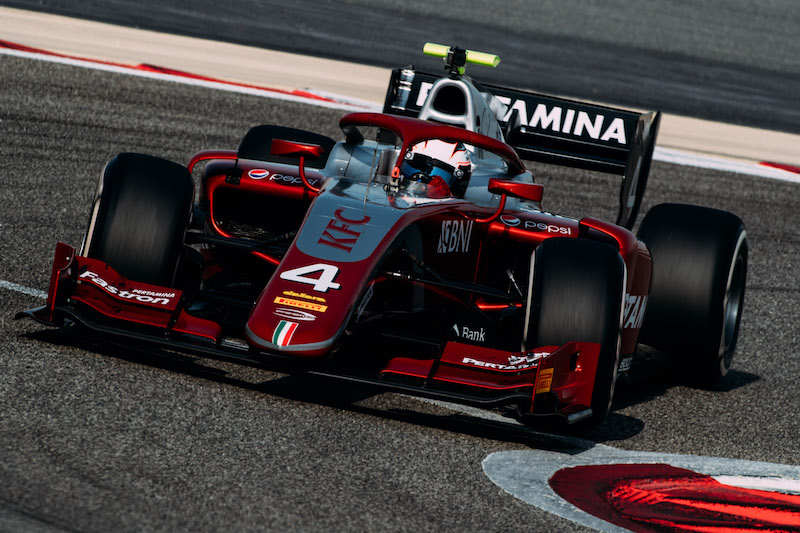 Nyck de Vries put Prema on top on the first day of the second and final Formula 2 pre-season test in Bahrain.

De Vries hit the top with 10 minutes of the day remaining, his 1m43.785s putting him 0.12 seconds ahead of Charouz driver Louis Deletraz.

They were the only two drivers to lap underneath the morning benchmark of 1m44.042s set by Luca Ghiotto for Campos.

Lando Norris took third in the afternoon for Carlin ahead of Trident’s Arjun Maini and the second Charouz driver Antonio Fuoco.

Ghiotto was seventh behind Ralph Boschung and ahead of Maximilian Gunther and Sergio Sette Camara.

Jack Aitken beat ART team-mate George Russell to round out the top 10, after the pair had sat bottom of the times in the morning, more than 35 seconds off the pace despite having the first and third highest lap counts.

Charouz drivers Fuoco and Deletraz were second and third in the morning, with Arden drivers Gunther and Nirei Fukuzumi in fourth and sixth, separated by Artem Markelov.