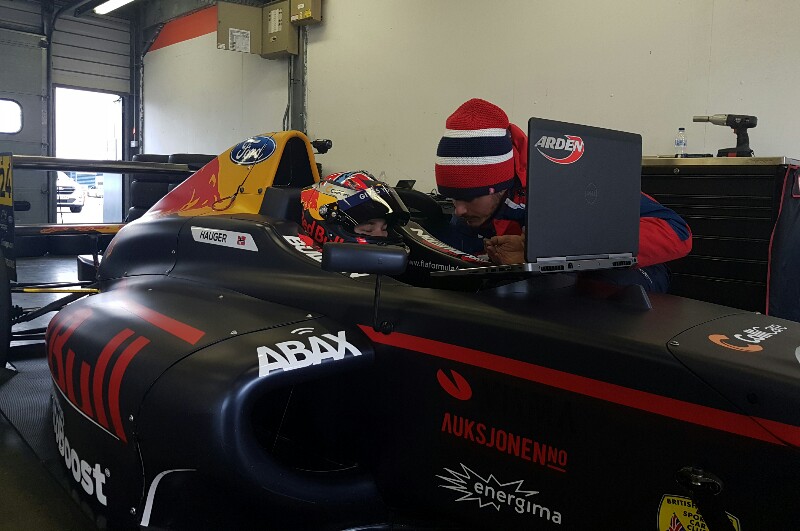 The Norwegian set the pace in the championship media day at Rockingham last week ahead of Fortec Motorsports’ Johnathan Hoggard, and it was the same order at Snetterton, where the longer ‘300’ layout was being used.

Hauger set his best time in the morning session, four tenths clear of Hoggard, who traded the top position with Hauger for much of the day.

Their team-mates Patrik Pasma (Arden) and Hampus Ericsson (Fortec) also set their fastest times in the morning, but it was the afternoon running where most of the quicker times were recorded.

Hoggard topped that session, with Arden team-mates Jack Doohan and Hauger 0.080 and 0.081 seconds behind.

Ayrton Simmons was fourth fastest for JHR Developments, enough to put him ahead of Pasma’s morning time, with Seb Priaulx, the fourth of the Arden drivers, also almost bettering his team-mate’s morning benchmark.