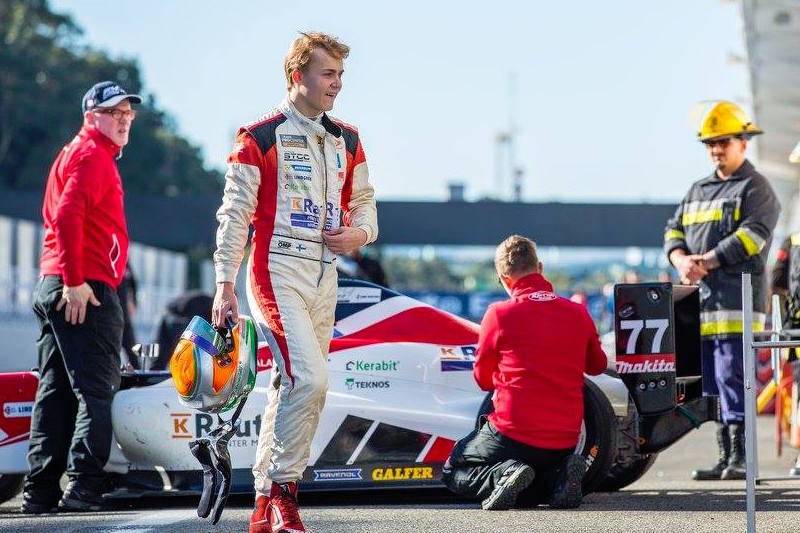 More drivers have been revealed for the 2018 Formula 4 NEZ field, including Finnish pair?Konsta Lappalainen and Jesse Salmenautio.

Sixteen-year-olds Lappalainen (pictured) and?Salmenautio,?both born on August 11th 2001, will drive for?Kart in Club Driving Academy, a Finnish team that made its F4 debut in the Spanish championship at the end of last year.

Lappalainen will be one of the favourites for the title, having finished second in Formula STCC Nordic last year and taking a podium when he made his F4 NEZ debut at Assen. He was also the Finnish karting champion in the OK category in 2016.

?This year we go with two drivers and of course our goal is to get as many podium positions as possible. Some of the circuits are new and that especially will make the season very interesting?, said Petri Lappalainen, team manager of KiCDA.

?It was an easy decision to join the series as it?s a good series on great circuits. In addition the promoter Marko Koiranen is a long time friend and cooperation with him is easy.”

Meanwhile, MP Motorsport has signed Swiss karter Patrick Schott, who will join Swede Isaac Blomqvist in contesting both the NEZ and Spanish championships for the team.

Schott was second in the Swiss karting championship of 2015 and has since been testing in Formula Renault 2.0 cars before deciding upon Formula 4 for his car racing debut.

“I am very happy to be able to drive for such an experienced and successful team as MP Motorsport,” said Schott.

“It is a team that has won the NEZ Formula 4 championship and will therefore be the best to demonstrate my talents.”

“His speed in the karts was promising, we would like to turn his talent into a successful career in the formula cars.?I’m sure he will work well with Isac and I look forward to working with both. ”

A calendar for the 2018 season has yet to be revealed.