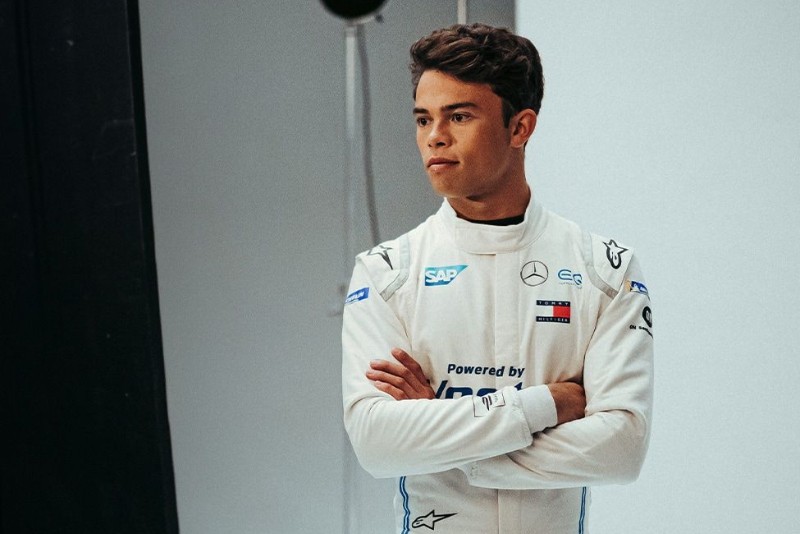 The 24-year-old will be joined at the team by Stoffel Vandoorne, who raced for long-time Mercedes partner HWA Racelab in FE’s 2018-19 season and previously raced for McLaren in Formula 1.

Speaking at the unveiling of the team’s driver line-up and new car, de Vries said: “I think that Formula E has established itself over the past five years as one of the biggest professional racing categories alongside Formula 1.

“To be part of Mercedes-Benz in that kind of championship didn’t make [the decision] difficult.

“Every young driver shares the same kind of dream and passion to eventually make it to F1, but I think this opportunity is the right decision in my career and I am honestly very happy and very grateful for this opportunity.”

De Vries was previously a McLaren junior driver, like his new team-mate Vandoorne, first linking up with the team while karting in 2010 and ending his association with the squad last winter. He later joined Mercedes as one of its F1 simulator drivers.

His Formula E move will mark the first time he’s raced for a manufacturer, despite also having a previous Audi relationship in DTM and FE, and he is excited about the opportunity to represent the Silver Arrows.

“Carrying the pride of the star is a real honour.” added de Vries.

“As a kid I have been watching the the brand, the cars and the motorsport history for a long time, so I honestly feel really privileged to become part of the family and hopefully I can make them more proud.”

Despite 2020 being the first year that De Vries will compete in electric cars, he is hoping he will be able to adapt to the series quickly and fight at the front of the filed with Vandoorne.

“It’s quite difficult at the moment to predict where we are against our opponents, as we haven’t had the opportunity to see where we are versus them.”

“It’s a completely different discipline and approach of racing than we’ve done throughout our career so far.

“I hope I can get up to the speed quickly and we can fight together up front.”

Sandwiching November’s 2019-20 FE season opener in Saudi Arabia are the two remaining F2 rounds. De Vries could wrap up the title with ART Grand Prix later this month at Sochi, as he currently holds a 59-point lead over rival Nicholas Latifi.