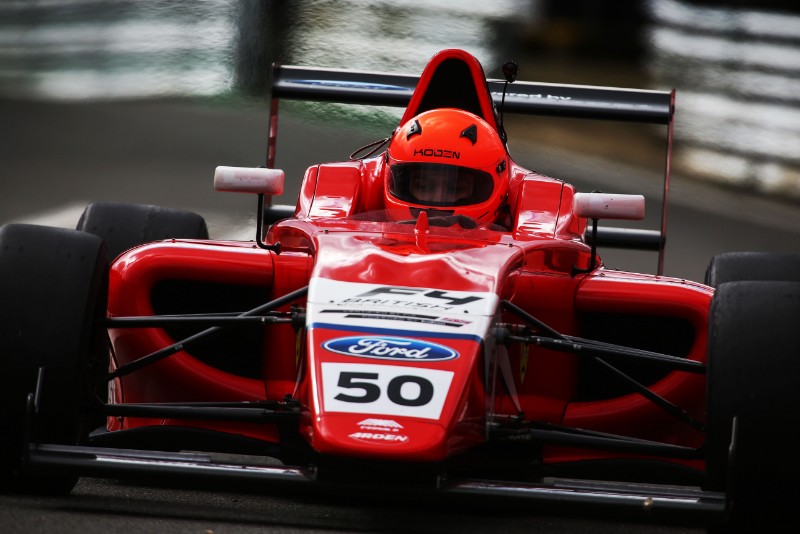 Drizzly conditions persisted throughout the day, with Horsten immediately laying down the benchmark at the start of the day with a 49.847s lap. Double R Racing’s Louis Foster was second, just 0.023 seconds behind.

The second session was far warmer on track, but Horsten could only improve by a further 0.078s. This time four drivers were within a tenth of him, with JHR Developments’ Josh Skelton racking up the miles to go second fastest.

Despite a wetter surface in the third session, Horsten improved up front and set a 49.616s, pipping Skelton to top spot by 0.005s. Once again the majority of the field was closely packed, with debutant Abbie Munro and Fortec Motorsports’ Mariano Martinez at the back.

The final session of the day was no better for the drivers, but Horsten remained as the pacesetter, bettering Maloney by 0.038s. Skelton was third, ahead of Tommy Foster and the Double R duo of Sebastian Alvarez and Louis Foster.

JHR’s Alex Walker was absent from the test, as he is not contesting this weekend’s British F4 round at the circuit.