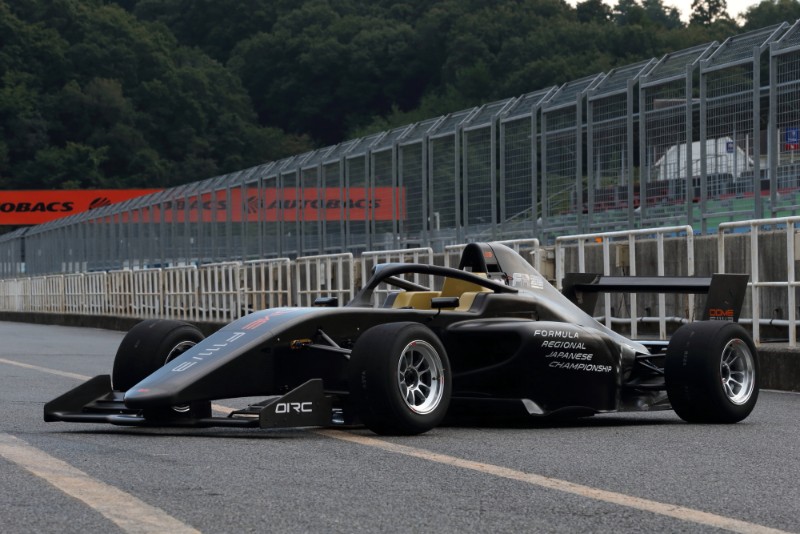 At the same time a new Regional F3 car, the Dome F111/3, has been revealed and tested at Okayama with former Super Formula racer Hiroki Katoh and former Formula V8 3.5 driver Yu Kanamaru.

The ?77,000 chassis is equipped with the halo cockpit protection device and strengthened front, rear and side crash structures, and although a ?23,000 price figure has been given for the 270bhp four-cylinder turbocharged engine there is no name of supplier.

In a press release announcing the championship, FRJC is described as being “directly” above Japanese Formula 4, suggesting a Super GT support slot. It also aims to be cheaper than its Super Formula-supporting F3 counterpart.

Design of the Dome F111/3 was said to have got underway as soon as the FIA’s Regional F3 regulations were made available, but it was a lack of communicated progress on the car that became an influence in Japanese F3 (to be renamed Super Formula Lights) choosing the Dallara 320 in its place for next year.

Dome has supplied the chassis for the FIA-backed Japanese F4 championship since its creation in 2015, with an average grid size of 33 cars over its near five seasons of existence.

In similar style to comments about the design of second-generation F4 cars, Dome has made its F111/3 more suitable for taller drivers.

?I was called for the purpose of finding any niggles with the new car, but even though I tried various ways of driving, there was no problem with the car body and the feel was good,? said Katoh.??The cockpit was wide and comfortable to sit in.

“Also, I’ve been driving a variety of vehicles, but the downforce [in this car] is steady and stable for an amateur driver to learn his craft.”

Yoshiaki Katayama, whose father owns the Okayama circuit and team he races for in Japanese F3, will continue the testing of the car.

At the Japanese F3 season finale on September 27, held at Okayama, FRJC will outline more of its plans in a press conference.