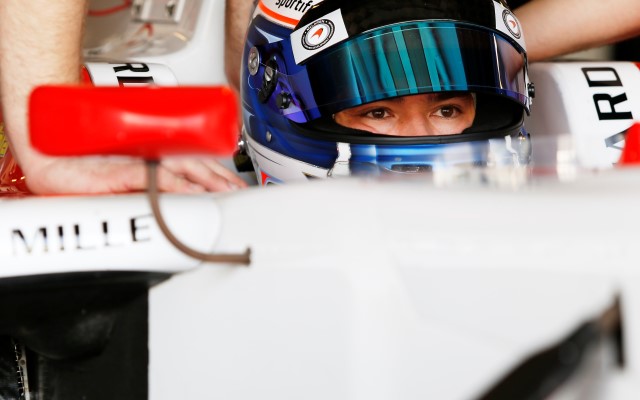 Nyck de Vries will switch to the GP3 Series for 2016, driving for ART Grand Prix.

The McLaren-supported Dutchman moves from Formula Renault 3.5, where he finished third in the standings and won the season finale in his rookie season after stepping up as a double Formula Renault 2.0 champion.

His 2015 team DAMS has also moved across to GP3 for this season but it is for multiple series champions ART that de Vries will drive.

He spent one day testing the previous-generation GP3 car with the team in Abu Dhabi last December.

“Obviously, I?m very proud to join this team, which I have known for a few years now,” he said.

“GP2 and GP3 are definitively the most competitive series, where most of the drivers want to go and the best school to get prepared for the highest level of motorsport, Formula 1. I?m used to a different brake and tyre package, and I think the biggest challenge for me will be to make sure I get the most out of the tyres in qualifying and in race trim.

“I am confident that working with the best team, thanks to McLaren, will help me to quickly adapt to the car to get ready for the first race in Barcelona.

“I already know ART Grand Prix, there?s a great atmosphere in the team and I?m looking forward to the start of the season.?

“When you take a look at his fantastic past achievements, you know that, with Nyck, you can aim very high and our target is clearly to win the championship.?

Charles Leclerc is expected to also race for the team once his anticipated arrival to the Ferrari Driver Academy is announced, with fellow Formula 3 convert Alex Albon tipped for the fourth ART seat.

Felix Rosenqvist to race in Indy Lights with Belardi