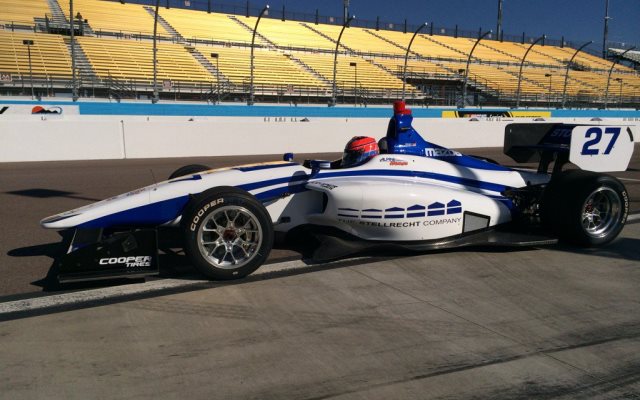 Stoneman is the second high-profile talent to jump from the major European feeder series into Indy Lights this week, following Monday’s announcement that the reigning European Formula 3 champion Felix Rosenqvist will race in for Belardi Auto Racing.

?I?m delighted to be racing in the U.S. this year,? said Stoneman.

?We have been looking at racing here for a while now and to have finally secured a seat with Andretti in Indy Lights is a fantastic move for me. This season will form the first step towards racing in the Verizon IndyCar Series.

“One of the motivating factors of coming here is the The Mazda Road to Indy program. Rewarding success and assisting progression to the next level of the sport is great and can make a huge difference to a driver?s long-term career in racing.

“I can?t wait to sample ovals for the first time and rise to the challenges ahead.?I know Andretti?s commitment to success matches my desire to win and be a competitive force in the series.?

The 25-year-old tested a previous-generation Indy Lights car for Andretti Autosport back in 2012. It was Stoneman’s first time back in an open-wheel car since his successful battle with testicular cancer that sidelined him for two seasons, and nearly took his life.

Since then, Stoneman has been a race winner in the Porsche Carrera Cup Great Britain and finished runner-up in the 2014 GP3 Series championship.

Last year, as a member of the Red Bull Junior Team, he finished sixth in the Formula Renault 3.5 Series with four podium?finishes. He also drove the final three rounds of the GP2 Series for Carlin, scoring points in his debut race with a ninth-place finish at Sochi.

?Dean is a true raw talent and has an incredible, inspirational story,? said?team owner?Michael Andretti.

?I can?t think of a better fit for our Indy Lights team and the Mazda Road to Indy Program for the 2016 season. We look forward to working with Dean and helping to grow his career in U.S. open-wheel racing.?

Stoneman will participate in Thursday’s test session at Phoenix International Raceway, in preparation for the first Indy Lights race at the 1-mile oval since 2005.