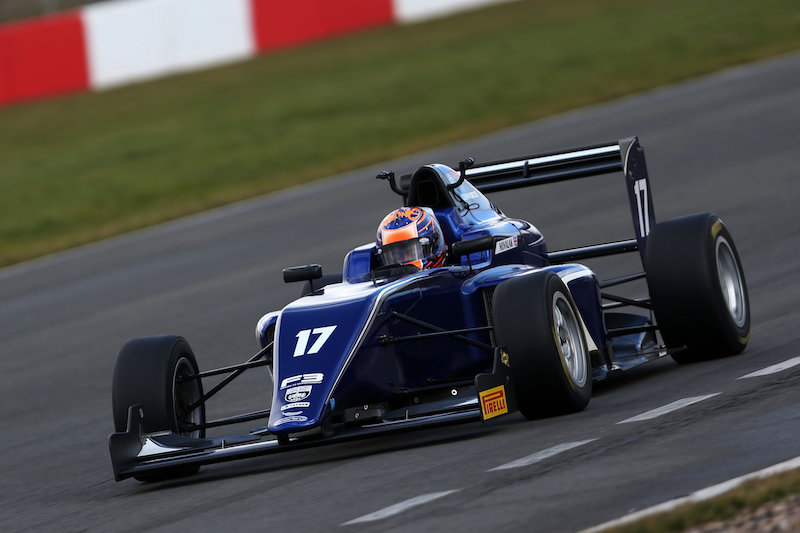 Novalak, his Carlin team-mate Nicolai Kjaergaard and Lundqvist were trading fastest times throughout the session, with Novalak ultimately prevailing with a 1m30.866s, which was 0.116s quicker than British F4 graduate Lundqvist.

Kjaergaard, who topped both pre-event tests on Thursday and Friday, ended up 0.359s off securing a maiden series pole.

Completing the top four was Lundqvist’s Double R Racing team-mate?Krish Mahadik followed by Billy Monger, who qualified an excellent fifth, in his first single-seater qualifying session since his accident in April last year.

Sasakorn Chaimongkol, who was confirmed in Hillspeed’s third car on Friday night, was a surprise seventh for Hillspeed, ahead of Carlin’s Sun Yue Yang and Jordan Cane,?who is standing in for the injured Alexandra Mohnhaupt at Douglas Motorsport this weekend.?

Rounding out the top 10 was Kush Maini for Lanan Racing. Series returnees Manuel Maldonado and Jamie Chadwick were 11th and 12th fastest for Fortec and Douglas Motorsport respectively.

Ben Hurst was 17th and slowest of all, his session was prematurely ended after three laps, leaving him with a best time nearly eight seconds off the pace.