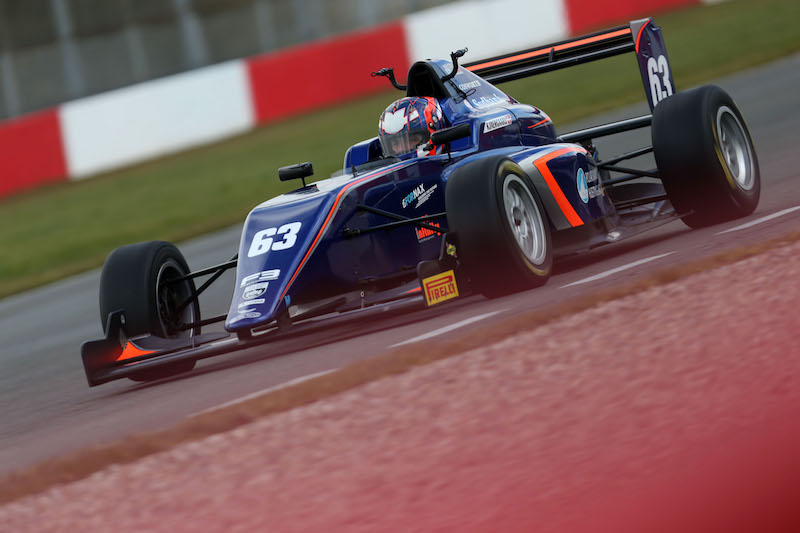 Carlin’s Nicolai Kjaergaard set the fastest time of the BRDC British F3 test ahead of this weekend’s season opener at Oulton Park.

Kjaergaard lapped the circuit in 1m30.774s in the second of four sessions.?Jordan Cane, who is standing in for the injured Alexandra Mohnhaupt at Douglas Motorsport this weekend, was second quickest for Douglas Motorsport, posting a lap time in the third session which was 0.254s adrift of Kjaergaard’s benchmark.

Karun Chandhok’s protege Kush Maini was fifth for Lanan Racing ahead of 2017 Ginetta Junior champion Tom Gamble and Billy Monger, who will make his return to competitive racing this weekend for the first time since April last year.