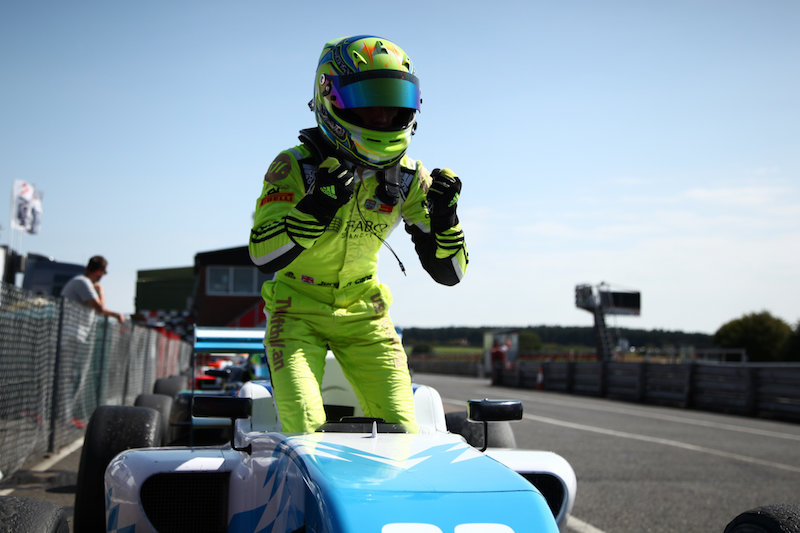 Race winner Jordan Cane will return to the BRDC British Formula 3 Championship for the first round of 2018 this weekend at Oulton Park.

Cane will drive for Douglas Motorsport, the team with which he won three reversed-grid races last year, in place of Alexandra Mohnhaupt after the NACAM Formula 4 winner suffered a crash in testing at Spa-Francorchamps last week.

Sixteen-year-old Cane, who is set to race in the Formula Renault Eurocup for rival squad Fortec Motorsports this year, returned to the BRDC British F3 car in testing at Oulton Park on Thursday.

?I?m really looking forward to getting back behind the wheel of the BRDC British F3 car with Douglas Motorsport this weekend,” he said.

“I had a fantastic season with Wayne and his team last year, and although today is the first time I?ve driven the car since September last year, I see no reason why we can?t carry on where we left off.”

Team boss Wayne Douglas added: ?It?s obviously great to have Jordan back in the team for this weekend, though it is a shame for Alexandra that she misses out after her accident last week. We look forward to welcoming her back as soon as she is ready.

“Jordan is a proven race winner, and alongside Jamie Chadwick and Arvin Esmaeili, we?re confident of a strong weekend at Oulton Park.”