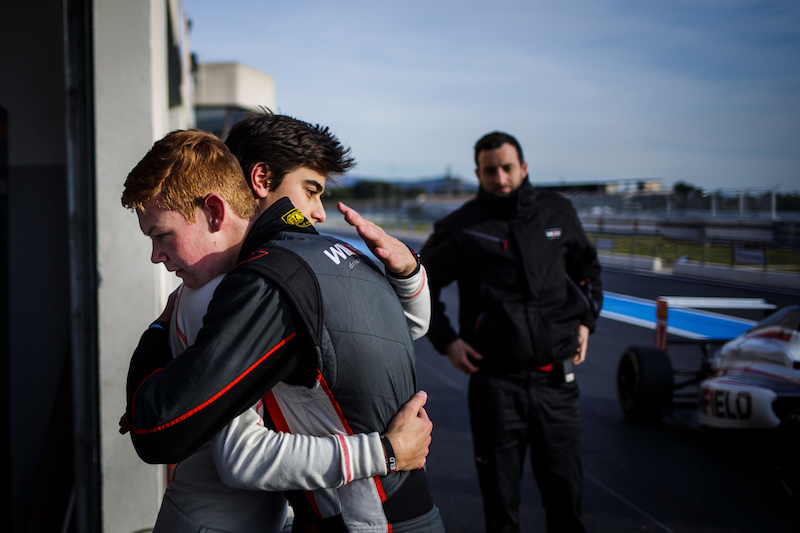 French Formula 4 race-winner Stuart White has secured a return to the series for 2018 after narrowly missing out to Caio Collet in the Volant Winfield.

South African driver White went up against Collet in the final of the Winfield Racing School’s revived shootout at Paul Ricard last month, and was just six hundredths of a second slower than the Brazilian over a five-lap run in Mygale F4 cars.

It was Collet, a protege of Nicolas Todt, who was selected by the judges to win the prize of a full season in French F4, having already entered the category for his maiden year out of karts.

While Collet will wear the colours of?Winfield and Circuit Paul Ricard, as well as the logos of his personal sponsor Richard Mille, White will also compete in a Winfield-branded car.

“From the moment I arrived at Paul Ricard to compete in the Volant Winfield, my goal was very clear – to be at the start of the 2018 French F4 Championship,” said White, who came eighth in last year’s standings.

“Thanks to Winfield, I now have this confirmed and I would like to extend my gratitude to them for their trust and total support.”

“Detecting and promoting talent is part of Winfield’s DNA and although he didn’t win, Stuart showed he was a fighter, making a strong impression on the judges. So we are therefore going to do everything we can to help him enter this year’s French F4 Championship.”

White also made a winning start to his South African FF1600 campaign at Kyalami last weekend. A place on the Mazda Road to Indy shootout is on offer to the winner of the series this year.