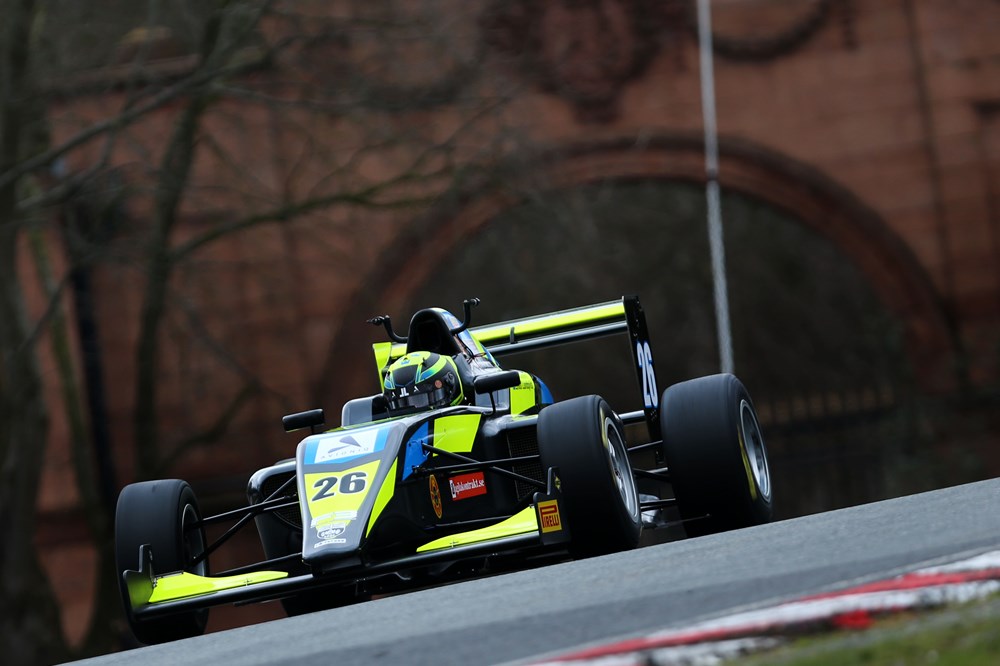 Linus Lundqvist won the first race of the BRDC British Formula 3 season at Oulton Park, as Billy Monger made the podium in third on his return to racing.

Monger moved up to third on the opening lap when Carlin team-mate Clement Novalak collided with?Krish Mahadik while fighting over the place.

Novalak had started from pole on his series debut, but was passed by both Lundqvist and Nicolai Kjaergaard on the run to the first corner, before being forced to retire on the spot by the clash with?Mahadik, which brought out the safety car.

Lundqvist led Kjaergaard at the restart, and initially opened up a gap of seven tenths of a second over his fellow Scandinavian, only for Kjaergaard to respond late on.

Carlin driver Kjaergaard – who had not previously scored a podium in two years across British F4 and F3 – closed to less than three tenths behind Double R driver Lundqvist but ultimately had to settle for second.

Monger, in his first race since losing both his legs in a British F4 crash at Donington nearly 12 months ago, finished four seconds behind winner Lundqvist, having kept Ginetta Junior champion Tom Gamble (Fortec) at bay.

Having suffered damage in the clash with Novalak, Mahadik finished fifth ahead of Renault Sport Academy driver Sun Yue Yang.

Having qualified 13th, Tristan Charpentier pitted at the end of the formation lap and rejoined at the back of the pack where he remained until the end.

That puts the Fortec-run Frenchman onto pole position for Monday’s race two according to the new full reversed-grid rule introduced for 2018, where points will be awarded for positions gained.

Having failed to finish, Novalak is set to start race two from 17th, just behind Lundqvist.