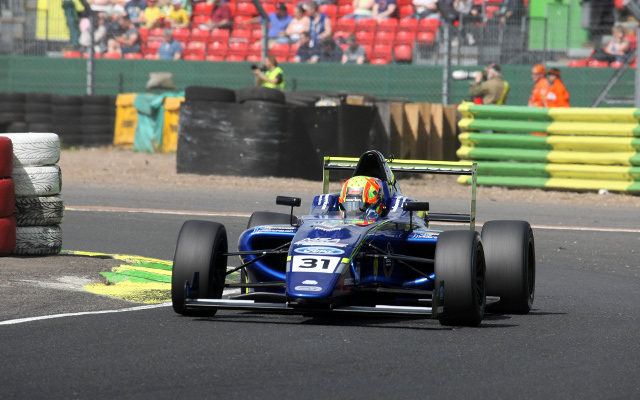 Lando Norris repeated his performance from the previous round to collect two further MSA Formula pole positions at Croft.

Norris took the lead with about six minutes left on the clock and a lack of improvements afterwards allowed him to stay first until the checkered flag.

Daniel Ticktum will join him on the front row of race one as he was less than a tenth behind the Carlin driver.

Despite topping the timesheets at halfway point, Ricky Collard was demoted to third later on as the top five was completed by the Carlin duo of Petru Florescu and Colton Herta.

However, a five-place grid penalty for the American for contact in the last race will relegate him to tenth on the grid.

Indian Tarun Reddy and Scot Sandy Mitchell rounded out the top ten drivers and will start the first race from eighth and ninth respectively.

The order for race three determined by the second best times sees an identical top three – Norris, Ticktum and Collard. Herta and Florescu switched places and this time the American can keep his position.

The rest of the top ten is Fielding, Leist, Richardson, Mitchell and Leist.