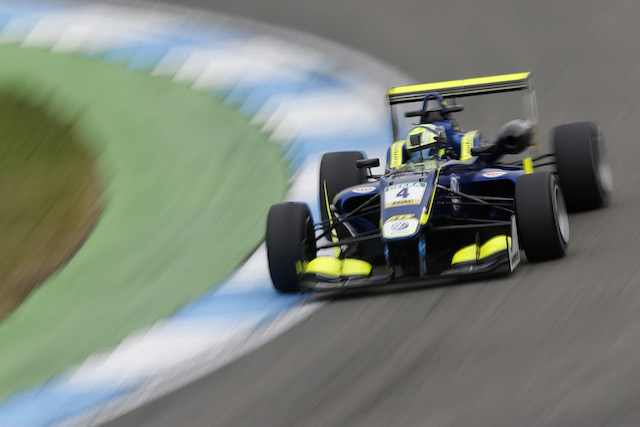 Lando Norris will continue with Carlin as he makes a full-time move into the FIA Formula 3 European Championship next year.

The 17-year-old won the Toyota Racing Series and Formula Renault Eurocup and NEC titles this year before making his FIA F3 debut with Carlin at Hockenheim and contesting the Macau Grand Prix, where he finished 11th from the back of the grid.

He will now contest the full 2017 European season for Carlin, with which he won the MSA Formula (now British F4) title in 2015 and won four races in a partial BRDC British F3 campaign?this year.

Norris, who won the McLaren Autosport BRDC Award earlier this month, believes he can challenge for the title as a rookie with Carlin, which had a tough European season this year but triumphed at Macau with Antonio Felix da Costa.

?My aim is simple and the same as at the start of every season ? I want to win the championship title outright,” he said.

“Although it?s my ?rookie? F3 season, I’m totally confident with the ?package? ? the team and Volkswagen.

“I believe I have what it takes to challenge for the title in my first full season of F3 racing especially after the pace we showed at Hockenheim and Macau.”

Team boss Trevor Carlin said: “We are very pleased and proud that Lando and his management have chosen to stay with the team for a third season, and I?d like to thank them for the trust they?ve placed in our FIA F3 team after two very promising outings in Hockenheim and Macau.

“Lando is an incredibly exciting young driver and has already shown in his short career his talent, dedication and work ethic.”

Norris is the third driver Carlin has named for 2017, along with fellow rookies Ferdinand Habsburg and Jehan Daruvala.

The team ran Honda protege Tadasuke Makino in a fourth car in a test at Valencia this week.

Makino has also been linked with Prema, but his chances of racing for the Italian team may rest on it being permitted a fifth entry.