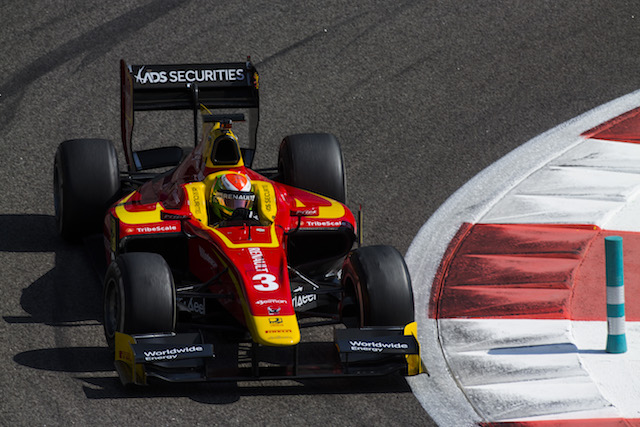 Louis Deletraz will drive for Racing Engineering in his first season in GP2, the Spanish squad has confirmed.

The Swiss driver spent all three days of the post-season test in Abu Dhabi with the team, after driving for Carlin in his series debut on the preceding weekend.

A member of the?Renault Sport Academy, Deletraz finished runner-up in Formula V8 3.5 this year as a rookie following his graduation from Formula Renault 2.0.

The 19-year-old joins?Gustav Malja at Racing Engineering, which won four times in 2016.

?GP2 is where I want to be in 2017 since after the strong season in Formula V8, it’s the natural next step in my career,” he said.

“It’s the final category before reaching Formula 1?and getting to F1 is my primary goal.

“Racing Engineering are a good team and have produced some top results during the last five years.

“For me, there’s no better option and I am very happy with the choice.

“We worked very well together during the three-day test in Abu Dhabi, so I really think we can get some good results in 2017.”

“Having closely followed his steps since his early years in karting, we are convinced that although 2017 will be his rookie season in GP2, he will quickly adapt to the championship,” he said.

“We first evaluated Louis on our simulator in 2015 and were in close contact with him during the 2016 season to have insight with his progress as a racing driver.

“Having tested him in Abu Dhabi during the post-season testing earlier this month, it has allowed us to see how much he was able to learn and mature during the last year, which is very promising keeping in mind that he is only 19 years old.

“The Swiss drivers that we worked with in the past, like Sebastien Buemi, Neel Jani and our 2013 GP2 champion, Fabio Leimer have all achieved great success.

“We hope to prolong this connection with Louis.”