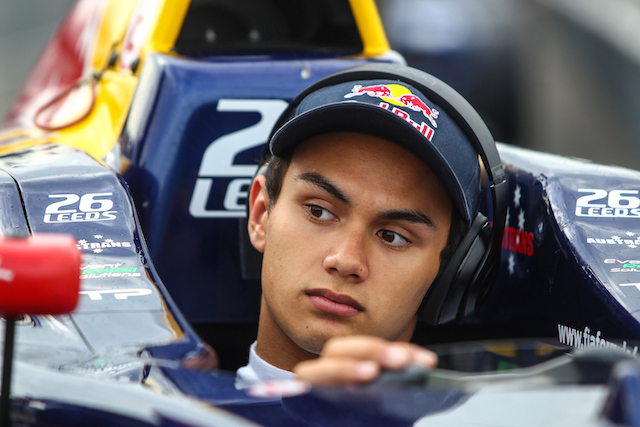 Australian?Luis Leeds will compete in the Toyota Racing Series in the new year prior to a Formula Renault campaign with Josef Kaufmann Racing.

The Australian, who finished third in British Formula 4 this year in his rookie European season, will race for Giles Motorsport in TRS alongside his Red Bull Junior stablemate Richard Verschoor.

In announcing that deal, the 16-year-old also revealed his plans for Formula Renault with Josef Kaufmann Racing, where he will join Sacha Fenestraz and Yifei Ye in the line-up.

?I had a taste of TRS race weekends when I competed in the Toyota 86 and Formula Ford support races in 2015,? he said.

?Since then the plan has always been to spend a season or two competing in TRS.

“So many big names have competed in the series before and it?s a great opportunity to compete against the world?s best.

?We’ll be using TRS as preparation for the 2017 European season where I?ll be racing FR 2.0 with Josef Kaufmann.?